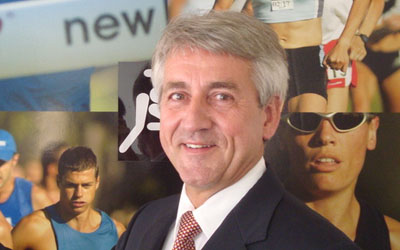 Following Dr h.c. Klaus Schormann re-election as president of the International Union of Modern Pentathlon (UIPM), the german is planning to provide more technical knowledge and support to the federations, especially to developing countries.

Speaking to iSportconnect, Schormann revealed his idea’s for the progression of the organisation and the priorities.

“My idea is to give more technical knowledge and support to the federations, especially to developing countries.”

“I will now continue my vision for the union together with the EB members to continue the modernisation and stabilisation of our sport in the Olympic Movement.”

UIPM President Dr h.c. Klaus Schormann (GER), who was elected unopposed for a 6th consecutive term, also was touched at his re-election. “I am very touched and very proud that I could achieve re-election in such a unanimous way after 19 years in front of the most amount of nations present at a UIPM congress.”

At the 64th UIPM Congress in Buenos Aires, Argentina, half of the UIPM Executive Board have been elected for the next 4 years.

Joël Bouzou (FRA) was elected as Vice President after stepping down as the UIPM Secretary General, a position that he has held for the past 15 years. The Peace & Sport and World Olympians Association President said after his election: “Taking into consideration my other positions in Peace & Sport and the World Olympians Association which requires a lot of energy, I had the wish to step down, in order not to be caught by administrative duties at UIPM, but still had the desire to remain involved on the political side as I have Modern Pentathlon in the blood.

“Since a long time, I have I had discussions on the matter with the President, as well as with the Executive Board and I look forward to staying involved with UIPM for considerable future.”

Sisniega, who has been Vice President since 1996 stated: “I am happy and excited to be serving another term. I look forward to working for the growth of our sport globally and to continue with the modernisation of our sport.”

1976 Olympic Champion Janusz Peciak (POL) secured the majority vote to become the UIPM Sports director. Peciak stated: “I am very happy, especially as I secured a lot of votes. My main goal of my term is to make the rules simpler, and listen to the athletes, as they know best. I would like to thank the previous Sports Director José Santos, who did a fantastic job in tough circumstances.”

Alexander Peirits (AUT) and Helio Mereilles (BRA) retained their positions of Honorary Auditors, which they have had for the past 4 years and the Medical Committee will be consist of: Natalia Ofitserova (BLR) and Marco Michelucci (BRA), Atanas Andreev (BUL) and Fabio Pigozzi (ITA).