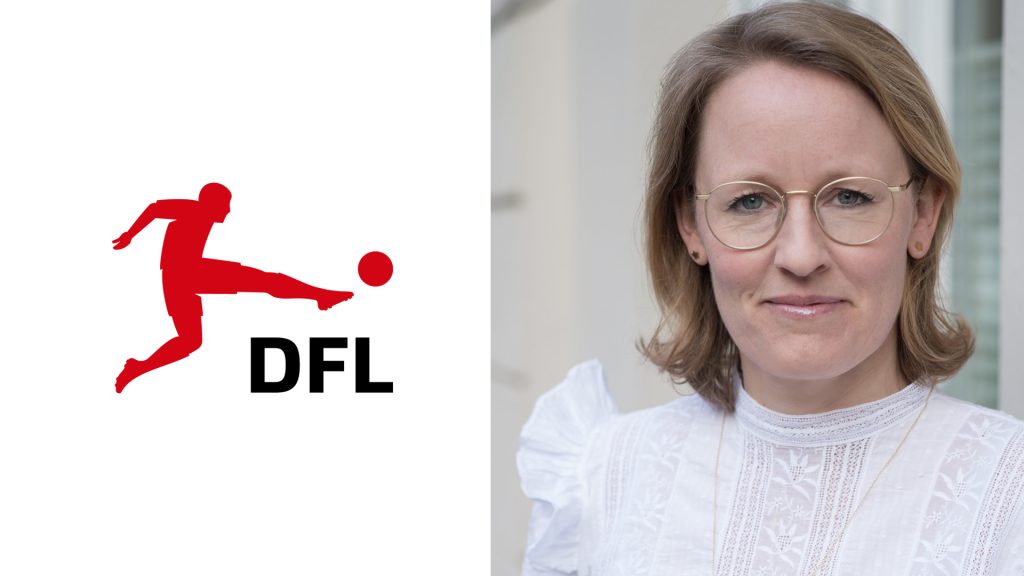 Donata Hopfen has been appointed CEO of the Deutsche Fußball Liga, the organising body of the Bundesliga and Bundesliga 2, from 1 January 2022.

The 45-year-old is currently Managing Director and Partner at BCG Digital Ventures, a Boston Consulting Group company. In accordance with the DFL by-laws she will also assume the function of Speaker of the Executive Committee of DFL Deutsche Fußball Liga e.V. as successor to Christian Seifert. The contract is initially for a period to 31 December 2024.

On implementing the planned expansion of the DFL management, the Supervisory Board will make decisions together with Donata Hopfen. The Supervisory Board agreed with Christian Seifert to terminate the CEO contract which runs to 30 June 2022 early to the end of this year. In order to secure a smooth transition, Christian Seifert will be available to provide advice as required to the new management.

“Donata Hopfen is the right personality for one of the most important positions in German football. In a time of change, she has all the qualities and the assertiveness to lead the Bundesliga and Bundesliga 2 into an ongoing successful future for the clubs.

“This applies in particular to her extensive experience in media and digitalisation – with a clear commitment to responsibility in society in all its facets. We are convinced that we are at the start of a successful cooperation,” commented Peter Peters, Chairman of the Supervisory Board.

“I would like to express my thanks for the confidence placed in me. German professional football has a great tradition and is deeply embedded in society.

“Bundesliga and Bundesliga 2 enjoy an excellent reputation worldwide, as does the DFL. This must be maintained against the backdrop of technological, societal and media changes relating to football – while at the same time moving forward in an innovative way. I am already looking forward to tackling current and future challenges, together with the clubs and the DFL team,” says Donata Hopfen.

Donata Hopfen, voted “Media Woman of the Year” 2014 in Germany, started her career at Accenture, a management consultancy company. This was followed by 14 years at Axel Springer, most recently as Managing Director of the BILD Group, before she moved as CEO to Verimi, a digital joint enterprise of large German companies.