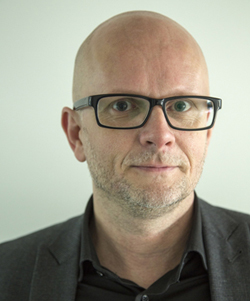 Albert Camus once said, “What I know most surely about morality and the duty of man I owe to sport.”

He was referring to the relative simplicity of morality on a football pitch rather than the realm of the sport’s politics or values.

Suffice to say though that after yet another fractious week in the footballing world, Camus may well be turning in his grave.

Adverse drama in football used to be the preserve of controversial players, bitter contests and aggressive fans.

But after FIFA’s latest ethics report, the response of various countries to it and the switching of the Africa Cup of Nations from Morocco to Equatorial Guinea, it would appear that morally challenged mega-events – and the bodies that run them – have become the new misbehaving prima donnas of our age.

FIFA’s ongoing dalliance with ethical and governance reform played out its latest episode with the summary it published of Michael Garcia’s report into bidding for the 2018 and 2022 World Cup bids.

For cynics, ongoing concerns about the efficacy of FIFA and the way it goes about its business are the gift that just keeps on giving.

As such, FIFA’s statement and Garcia’s subsequent rejection of it were hardly surprising, even if the general uproar surrounding the statement’s release suggested otherwise.

At one level, the collective sense of abject resignation in the face of FIFA’s seemingly impenetrable position of power has been telling.

At another, the increasingly bellicose stance of some – such as former FA chairman David Bernstein’s call for countries to boycott the World Cup and Germany’s warning that UEFA may quit FIFA if the corruption report is not published in full – has marked an escalation and a new twist in the debate about FIFA.

Unsurprisingly though, FIFA’s commercial partners (which not only includes sponsors, but also broadcasters and assorted other global corporations) have remained silent.

The shenanigans around FIFA’s report have nevertheless been something of a sideshow to the more pervasive issues that FIFA faces in terms of getting its organisational governance in order.

For the time being at least, the moral lesson that football appears to have for us – at least according to senior FIFA officials – continues to be that collective well-being should be sacrificed in favour of personal gain.

While most of Europe and North America have raged against the FIFA machine, the Confederation of African Football (CAF) has recently moved swiftly to replace Morocco as hosts of the upcoming Africa Cup of Nations with Equatorial Guinea. And CAF is to be applauded for the speed with which it dealt with the matter.

CAF acted with much less prevarication than you might have expected if, for example, a European nation had had to deal with such a matter.

Furthermore, the move implies that CAF had a contingency plan in place when the matter of hosting in an age of Ebola had to be confronted.

In this context, you’d have to assume that FIFA also has contingencies in place for 2018 and 2022 if, as some nations are now calling for, there are widespread boycotts of the next two World Cups.

But the choice of Equatorial Guinea is a contentious one for several reasons, particularly in the way it has created a problematic backdrop to the 2015 Nations Cup.

The country may not be the global soap opera that FIFA has become, but it does add to the general feeling of moral torpor associated with the big sporting events so far in the 21st century.

For FIFA and Blatter, read Equatorial Guinea and Teodoro Obiang, the country’s president.

Here is a country that has, in recent years, rapidly become wealthy on the back of oil revenues to the extent that it now has a higher Gross Domestic Product per capita than Spain, Portugal or Russia (US$32,026).

But Obiang and his son, the country’s vice president, have been under investigation in France and the United States for money laundering and abuse of public funds.

Indeed, Transparency International has identified Equatorial Guinea as the 12th most corrupt state in the world.

All of this at a time when 77% of the country’s population is thought to live on less than US$2 a day, only 42% of the rural population have access to fresh water, 20% of children die before the age of 5, and only 3% of GDP is spent on health and education by the government.

To add yet more irony to the situation, Equatorial Guinea is actually disqualified from the Cup of Nations having fielded an ineligible player during the qualification phase.

It would appear that notions of morality and the way that mega-events are organised today is far more problematic than the on-pitch morality which Camus idealised.

Sporting mega-events are a major issue right now for so many reasons.

Ethically and morally they have become minefields: because of who is bidding for them and why, and for the way in which decisions about them are made.

At the same time, the old industrial heartlands of the mega-event industry – North America, Western Europe, Australia – have fallen out of love with hosting them, turned-off by a combination of cost, poor governance and moral turpitude.

Yet global economic shifts have also changed who is capable of hosting these big sports events.

So perhaps they are simply a metaphor for broader change, where formerly preeminent nations are losing the global influence they once had?

Could it therefore be the case that some of us, particularly in the West, will simply have to get used to sport being staged according to different sets of morals and values than we are used to?

Whatever the motives for staging sporting mega-events, and whichever countries come to dominate their hosting in the coming years, if we are to avoid the kind of “absurdism”about which Camus himself wrote, then the way in which big sporting events are planned and organised needs to change.