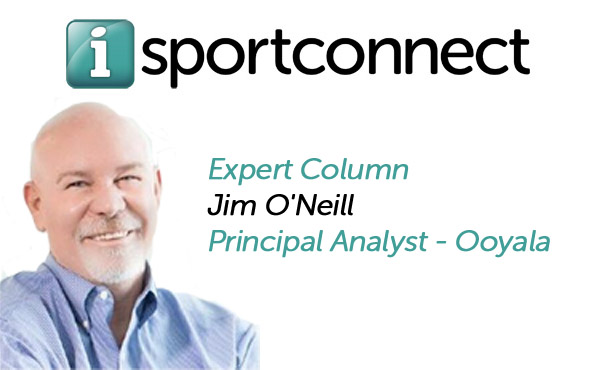 No, the world hasn’t ended, but hell apparently, has frozen over. ESPN is going over the top, direct to consumers, something the pundits said would never happen.

Disney CEO Bob Iger, Tuesday talking about the company’s $1 billion investment into streaming tech vendor BAM Tech, said that while the sports broadcaster has been “an incredible growth engine,” the business had matured and was now looking at an OTT direct-to-consumer play to reignite that growth.

“I can’t sit here today and absolutely predict that,” Iger told Bloomberg TV. “(But) we think the over-the-top services offer consumers a great user experience. So, we think ultimately it’s positive. Whether it stems the tide completely we don’t know, but it’s certainly a step in the right direction.”

Disney will get a 33% stake in the startup spun off from Major League Baseball.

Iger also said other Disney properties could also soon go D2C using a technology “that’s vital to our future” and gives Disney the ability to “jumpstart” other branded businesses into the D2C space.

“Our investment in BAM Tech gives us the technology infrastructure we need to quickly scale and monetize our streaming capabilities at ESPN and across our company,” Iger said. “We don’t have specific plans, nor do we have a date,” but the deal “inevitably put us into that business.”

Iger also said Disney would move forward in other OTT plays as well, confirming that ESPN and the Disney Channel will be part of AT&T and DirecTV’s planned online video service.

“It’s possible that a lot of these service will be lighter in nature in terms of fewer channels at lower cost,” he said, noting that the surge in virtual MSOs “may come at a good time because it may help either retain customers who have been customers of a multi-channel bundle or attract new customers that may not have signed up for the current multichannel product because it’s got too many channels at a cost they deem too high.”

Disney’s deal with BAM Tech gives it the option of becoming a majority stakeholder down the road and allows Disney to invest in two installments, one now and one in January. The cash, he said, will be used to fuel development of the BAM Tech video platform.

BAM Tech already is used by HBO Now, WWE and the NHL.

As recently as February, ESPN chief John Skipper said ESPN would likely avoid a D2C offer because, “we do not believe it to be, right now, a good business.”

But continued subscriber losses apparently has helped change that. The network has lost some 11 million subscribers since 2011, including a whopping 4 million in the past 12 months and more than two million since February.