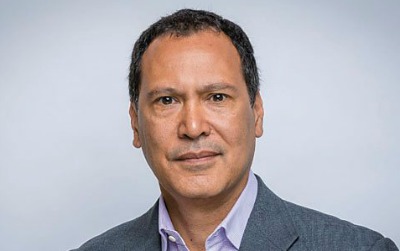 He will begin the role on September 26, capsule based in London, and will report to Michael Lang, Executive Vice President of International Development & Digital for Discovery Communications, as well as work closely with Peter Hutton, CEO of Eurosport, and his leadership team.

Rivera joins from the BBC, where he spent six years as Director, BBC Digital and was responsible for all of the BBC’s digital media services, leading on the implementation and operation of BBC iPlayer as it grew by over 300% and delivering the first truly digital Olympic Games for London 2012, setting a new standard for live sports coverage online. Prior to the BBC, Rivera spent ten years at AOL, most recently as Senior Vice President and Managing Director of Games, where he transformed the division from a loss leader to one of their most profitable media units.

Commenting on the appointment, Lang said, “Recognized as one of the most forward-thinking digital executives in the world, Ralph brings extensive knowledge in the direct-to-consumer space, with a deep understanding of the digital landscape in Europe and a strong reputation for innovation and transformation.His product-centric mind set and technology orientation will help us to grow Eurosport Digital, which is one of Discovery’s top priorities, as we continue our march to making sports and all of our content accessible to viewers across all screens, in a highly meaningful and profitable way.”

Hutton said, “Eurosport is focused on the further acquisition and delivery of locally relevant, premium sports content that will continue to attract more subscribers to the Eurosport Player. We continue to build momentum through the recent acquisition of premium rights such as Wimbledon across Europe and the Bundesliga in Germany. As we plan the enhanced delivery of these acquisitions and take ownership of the Olympic Rings from January 1, 2017, as the official multi-platform broadcast rights holder for Europe through 2024, we look forward to having Ralph as part of the Eurosport team.”