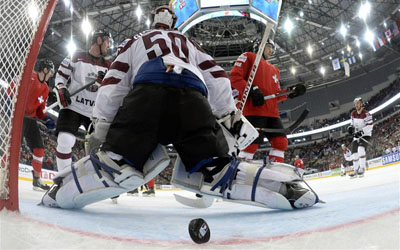 DirecTV has secured a broadcast deal to to extensively cover the 2014 IIHF Ice Hockey World Championship across the entire South American continent and the Caribbean.

The agreement was closed with Infront Sports & Media, health the exclusive media and marketing partner of the International Ice Hockey Federation (IIHF) for its flagship event, and runs for four years.

Based on the new contract, Infront was able to increase the overall number of countries and territories reached with TV coverage to over 150 – a new record for the IIHF Ice Hockey World Championship.

As part of the agreement, a minimum of six games will be transmitted, including two quarterfinals, both semi-finals and final – with the overall number increasing to twelve games in 2017.