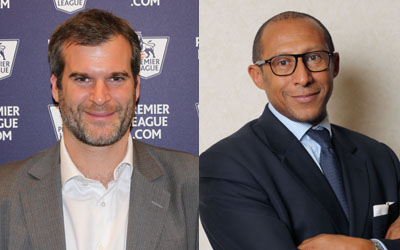 iSportconnect, the world’s largest private network of sport business executives, is delighted to announce the Directors’ Club, in association with Sporsora, will be making its third appearance in Paris later this month, with Mathieu Moreuil, Head of European Public Policy at the Premier League and Philippe Diallo, CEO of UCPF, confirmed as the first panellists.

The event will be returning to the French capital on June 30th.

This will be the fifth Directors’ Club of the year already and in its fifth different region following on from Moscow, London, Mexico and Dubai.

Once again, the event will feature a panel discussion with senior figures in the sports industry in France with a Question Time style debate, followed by a networking session.

iSportconnect Chairman Michael Cunnah said: “We are delighted to be taking the Directors’ Club back to Paris for a third time. It has been a popular destination for us with the previous two editions proving to be successful. We look forward to continuing that with the help of Mathieu and Philippe as our first panellists.”

“Our partnership with iSportconnect is one of our international connections and we are proud to give a more international overview to our members.

“Through the iSportconnect platform and also events like the Directors’ club in Paris, our objective is to share experience about football between France and the UK.”

To register your interest in attending the Directors’ Club event in Paris, please contact Sylvia-Line Lamaro at sylvia-line@isportconnect.com