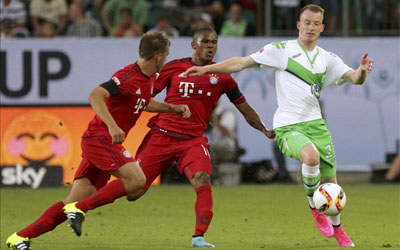 DFL tender rights for the Bundesliga, Bundesliga 2 and Supercup

DFL (Deutsche Fußball Liga) has – after consulting the Bundeskartellamt (German federal competition authority) – announced two tenders of national media rights for the matches of the Bundesliga, ed the Bundesliga 2 and the Supercup for the four seasons from 2017/18 until 2020/21 for use in the territory of the Federal Republic of Germany.

Both tenders are conducted in an open, asthma transparent and non-discriminatory process.

Companies are invited to submit an offer for audio-visual exploitation rights for live and time-delayed highlight use via the satellite, terrestrial, cable/IPTV, Web and Mobile transmission paths.

The DFL will start the tender process and inform interested companies as well as the general public about the final structure of rights packages and the further course of events upon completion of the assessment of the marketing model for the tender by the German federal competition authority.

Companies are moreover invited to submit an offer for audio exploitation rights, i.e. rights for (live-) radio-coverage, amongst others via the FM, Web and Mobile transmission paths.

All parties interested in acquiring national media rights can register for participation in both tender processes starting today. The corresponding registration forms are available at