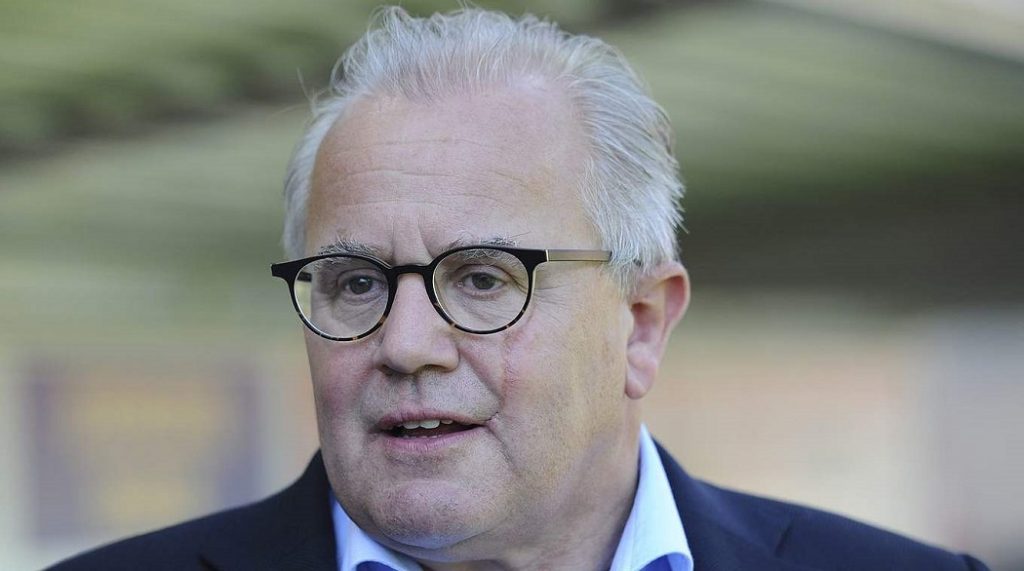 SC Freiburg President Fritz Keller has been proposed as the next President of the German Football Federation (DFB) by the exploratory commission tasked with finding a replacement for Reinhard Grindel.

The DFB said yesterday the 62-year-old Keller would be presented to regional associations and the German football league (DFL) for questioning at a meeting in Berlin on August 21.

He would then need to be confirmed in post at the DFB assembly in Frankfurt on September 27.

“Fritz Keller is without doubt an extraordinary personality with all the qualities for the office of DFB president,” said Rainer Koch, one of two interim bosses.

“Decades-long experience with close connections to professional and amateur football, also with women’s football and youth work, along with a great business career make him stand out.”

Grindel resigned as DFB chief in April after admitting he had received a €6,000 watch as a gift from the former head of the Ukrainian football association.

Koch and Reinhard Rauball took the reins on an interim basis and were also part of the commission which considered permanent candidates for the job.

“With a view to the big challenges which await the DFB at this time, Fritz Keller is the candidate that fits to lead the biggest sporting organization in the world in the future,” Rauball said.

Keller said he would step down from his Freiburg position if elected at the DFB, something which was “anything other than easy” to decide as his work with the Bundesliga club brought him “great pleasure.”

Freiburg’s advisory board said in a statement Keller would be a loss to the club but praised his “intensive” work and supported his candidacy.

Together with the DFL, the DFB wanted to propose single a candidate to present at its congress.

A recruiting firm, regional and state associations, professional clubs, DFB partners, and figures from society and business were all asked to help develop the profile deemed necessary of Grindel’s replacement, who must be an administrative all-rounder.

Assuming he is confirmed, Keller must walk a fine line domestically between the needs of tens of thousands of amateur players while sharpening the professional edge of one of the most successful countries in global football.

Germany is hosting the 24-team European Championships in less than five years and there are politically shark-infested waters of the UEFA and FIFA governing bodies to be safely negotiated.

Grindel also resigned his membership of the FIFA Council and as a UEFA vice president. Keller does not automatically inherit these roles and the DFB may prefer he concentrate on the tasks at home given the amount of work that awaits him.

Keller would be ultimately responsible for everything from the details of the fourth-tier regional leagues to the construction of the DFB’s €150 million academy and the fortunes of coach Joachim Loew’s national team.

And he will also be expected to bring stability to an organization now on its third president in five years; Grindel’s predecessor Wolfgang Niersbach resigned in November 2015 over a scandal surrounding the successful bid for the 2006 World Cup.