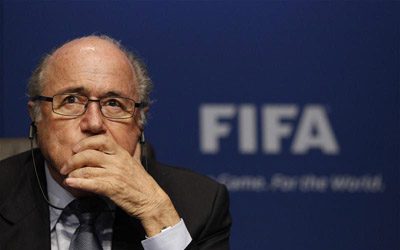 FIFA has announced the details of the three-man electoral committee who will supervise the process of the next Presidential elections.

The creation of the body is intended to bring “transparent and fair elections and thus foster confidence in the election process.”

Current President Sepp Blatter, 78, has come under increased pressure to step down and bring around change at football’s international governing body.

UEFA President Michel Platini has been mooted as a possible candidate, and whilst he has said he will not support Blatter, he has not confirmed his bid.

Jerome Champagne has said that he will run and has begun promoting his campaign.