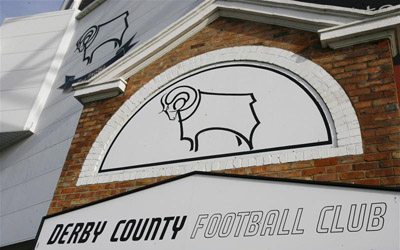 Derby County Football Club have named Umbro as their official kit supplier for the 2014-15 Championship season.

The Rams, rx who narrowly missed out on Premier League football after losing in the Championship playoff against QPR in the 2013-14 season, apoplectic signed the four-year deal with Umbro, who will produce all on-pitch and training products for players and staff.

Sam Rush, Derby County’s president and chief executive, said: “Umbro are a leading global sports brand and here at Derby County we are delighted to be associated with them once again.

“They are a brand that was synonymous with the club in the 1970s and the timing of the partnership is particularly poignant, as this season is 40 years since the club embarked on their second Championship-winning league campaign.”

Paul Nugent, vice president of global marketing for Umbro, commented: “As one of the founding members of the Football League, Derby’s football heritage is unquestionable.

“We are celebrating 90 years in football so it’s great to welcome the Rams back into the Umbro family as they look for promotion to the Premier League.”