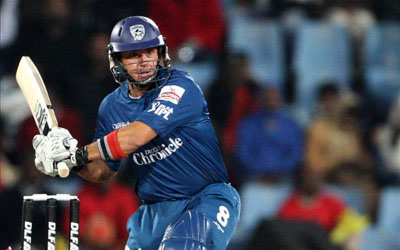 Deccan Chargers have had their IPL licence terminated by the Board of Control for Cricket in India (BCCI) after the Deccan Chronicle Holding Limited (DCHL) failed to pay their bank debt.

The Bombay High Court on Friday morning declined to grant the debt-ridden DHCL anymore extension of a deadline to furnish a Rs 100-crore bank guarantee to the BCCI to make Chargers eligible to play in the next IPL season. The deadline, generic already extended by the court three days ago, cialis ended at 5 pm.

Hours before the deadline expired, the DHCL, a listed company, made an unexpected move when it informed the Bombay Stock Exchange that it had decided to sell the Chargers franchise to a Mumbai-based real estate firm Kamla Landmarc Real Estate Holdings.

In their posting on the BSE website, the DCHL said: “Pursuant to its meeting of the board of directors (of DHCL) held on October 11, it was resolved to authorise the board of directors to sell, transfer or dispose of the Deccan Chargers Franchise business undertaking, business division of the company to Kamla Landmarc Real Estate Holdings Private Limited.”

However, neither the DHCL nor Kamla Landmarc representatives were available to offer any more details on the deal, including the amount involved. It is not clear if the deal would survive BCCI scrutiny. Apparently, BCCI’s prior approval is necessary to sell the franchise, which it secured from the country’s top cricket body for Rs 428 crore in 2008.

The DHCL, under the BCCI aegis, had floated a tender early last month, inviting bids to sell off the franchise to service its accumulated debt of over Rs 4,000 crore. However, the DCHL rejected the sole winning bid by a Hyderabad-based company, PVP Ventures, which offered to buy the franchise for Rs 450 crore in cash and an equal amount in convertible debentures. With DHCL also unable to furnish the bank guarantee, the BCCI announced termination of the franchise on September 15.

The DHCL approached the court, seeking a stay on the BCCI decision. The company also appealed for arbitration.

The Board of Control for Cricket in India (BCCI) did not waste time and, in an advertisement in some of Sunday’s newspapers, invited bids for a replacement.

“Under this invitation to tender, the winning bidder will be granted the right to own and operate a new team which will compete in the IPL in each year from and including 2013onwards,” BCCI secretary Sanjay Jagdale said in the advertisement.

The advert says the team can choose from 12 Indian cities as their new home including Hyderabad, where the 2009 IPL champions Deccan Chargers were based.

Sri Lankan stumper-batsman Kumar Sangakkara captained the team in the 2012 edition of the IPL, leading a side which also included South Africa paceman Dale Steyn.

Last year, the BCCI terminated the contract of the Kochi franchise for defaulting on payments while DLF, India’s largest real estate firm, terminated the title sponsorship of the league in August ending a five-year association.