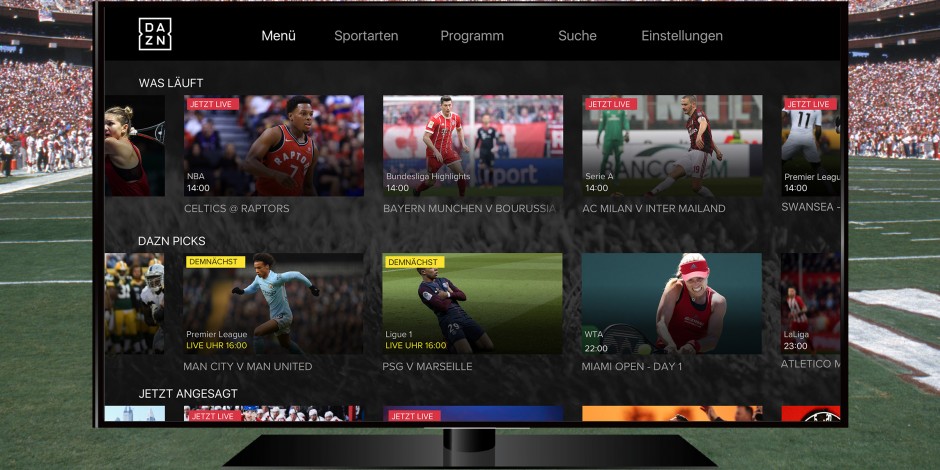 Sports streaming company DAZN will start running advertisements some time this year. Until now, DAZN has been ad-free.

During 2019, DAZN will introduce ads from Volkswagen and brewery Krombacher, as well as two betting operators, a unit of Malta’s Tipico Group and bwin Interactive Gaming.

DAZN parent Perform Group is also re-branding itself as DAZN Media, it said on Wednesday.

Commenting on the advertising move, Stefano D’Anna, Perform Managing Director worldwide Sales, stated: “DAZN has set out to change the way the world sees sport and we now feel that we are in a position to change the way brands engage with sports fans,”

The series debuts on Thursday, March 21, 2019 at Avalon Hollywood and consists of a three-hour program including a two-hour block of live fights followed by a one-hour studio show.

The studio show will feature renowned writers from Ring Magazine as they provide in-depth analysis and previews from boxing events around the globe. The series will be distributed to regional cable channels throughout the U.S. as well as across the globe on international TV stations and networks.