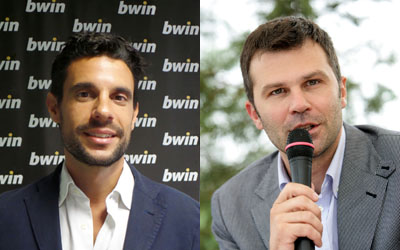 iSportconnect, the world’s largest private network for sport business executives, has announced today that Daniele Sano, Head of Sponsorship & Events at bwin.party Group and Paolo Bellino, General Manager at RCS Sport, have completed the lineup of panellists for the first ever Directors’ Club in Milan in association with Euroleague Basketball.

The Directors’ Club event in Milan will take place at the Mediolanum Forum and will include an impressive panel of high-profile speakers. As usual, the format will be a Question Time-style debate on May 16, immediately preceding the 2014 Turkish Airlines Euroleague Final Four.

In his position at online gambling company bwin.party, Sano leads a team located between London, Austria and Milan and is responsible for all the international and local sponsorship of all brands of the group and of the activation strategy. He has been at the company since 2007 moving to his current position in 2011.

RCS Sport’s Bellino became General Manager in January and has helped to push the organisation to further develop internationally. While at RCS Sport he has worked with the Tour of Italy, Dubai Tour and Milan Marathon, as well as advisor of the Italian Football Federation (FIGC).

Michael Cunnah, iSportconnect Chairman said: “iSportconnect is delighted to welcome Daniele & Paolo  to the panel to complete our lineup for our inaugural event in Milan.”

“The tremendous interest shown in this event gives us a good indication about the strength of the sports industry in Italy.”

The iSportconnect Directors Club has been highly successful in London, Munich and Paris and is now extending its reach to Milan on May 16th and, on May 29th, Dubai. Further events abroad are in the pipeline.

To register your interest in attending the Directors Club event in Milan please contact Matthias Moulin at matthias.moulin@isportconnect.com