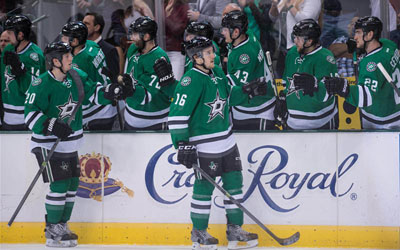 “For over 20 years, FOX Sports Southwest has brought Stars hockey to our loyal fans in North Texas and across the entire region,” Dallas Stars Owner and Governor Tom Gaglardi said. “The expansive reach of the network allows us to connect with our fans outside of the state of Texas and grow the great game of hockey across the Southwest.

“As our young team continues to grow into a perennial Stanley Cup contender, we are thrilled to be continuing this great partnership for many years to come.”

“The Stars have been a cornerstone of our network for over two decades and have provided viewers many memorable moments. They’re an exciting team to watch. We look forward to bringing more games to passionate Stars fans and growing the team’s fan base across the Southwest region.”