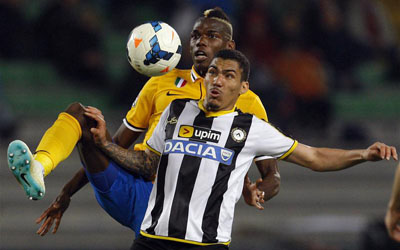 Romanian automobile brand Dacia, owned and operated by French car maker Renault, will remain a shirt sponsor of Seria A side Udinese.

The new deal has extended the relationship between Dacia and Udinese to a sixth consecutive season.

Francesco Fontana Giusti, Renault Italia’s communicator manager, said: “Dacia has been able to conquer the people’s heart. It has done so thanks to a series of models appreciated for their reliability, quality and cheapness. And thanks to its simple, transparent and close-to-the-audience communication.”

Bought by Renault in 2000 as the future assembly site for its no-frills Logan model that the French carmaker was developing, Dacia has been a major success for Renault since 2004.

“I am extremely satisfied about the renewal of the partnership with Dacia,” added Udinese’s president Franco Soldati. “It makes us proud to be sponsored by such a prestigious brand that is appreciated for its communication dynamism, never dull and with a strong emotional impact.”