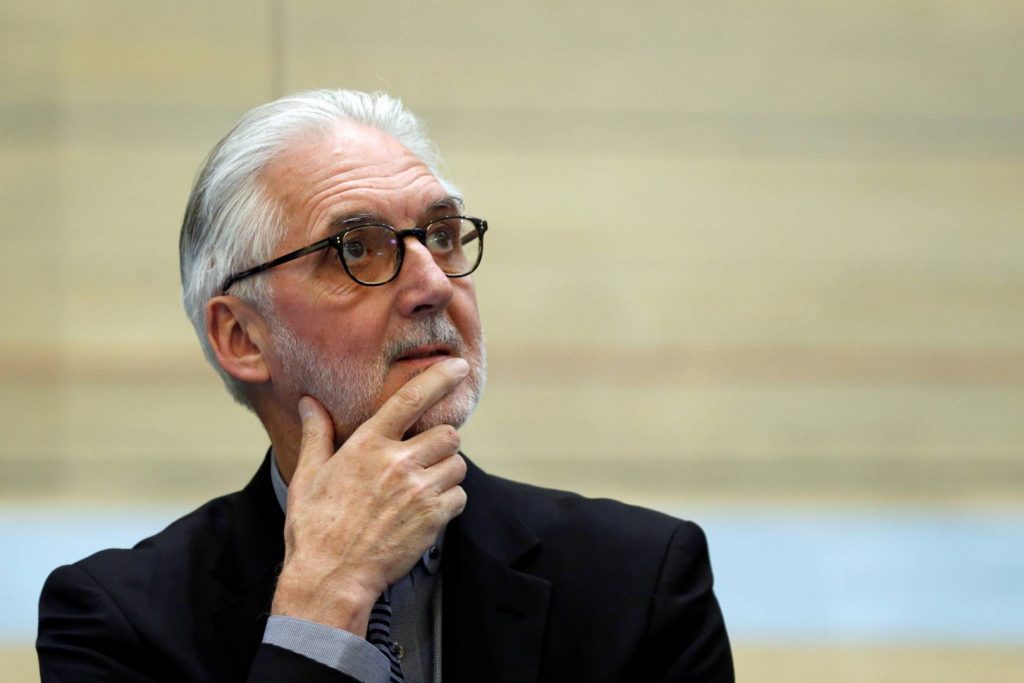 UCI president Brian Cookson has reiterated his desire to continue developing cycling following the confirmation that European Cycling chief David Lappartient will challenge him for election in September.

Frenchman Lappartient announced his candidacy this week, saying he wanted to improve governance at the UCI.

In a statement, Cookson responded to the challenge from Lappartient as follows:

“I learned that David Lappartient, UCI Vice President and President of the UCI Professional Cycling Council has decided to run against me for the Presidency of the UCI.

“I strongly believe that my track record of restoring integrity and credibility to the UCI, and developing cycling over the past four years, together with my plans for a final four year term as president, will be judged favourably by the cycling family at the UCI Congress in Bergen in September.

“My plans can be read on my campaign website www.briancookson.org together with some of the messages of support I have been proud to receive from across the cycling world, from those most familiar with the work of my administration.

“That website also contains a summary of the many things which have been achieved over the last four years of my leadership of the UCI across anti-doping, governance, transparency, women’s cycling, communication and the development of the sport.

“Having recently had confirmation from the IOC that at the Tokyo Games we will have additional medals for men’s and women’s events in both the Madison and BMX Freestyle, I am proud that cycling is now the third largest Olympic sport.

“Having changed the constitution of the UCI to introduce term limits and improve the election process after the controversial events of four years ago, I respect other people’s right to announce their candidature. I note that so far David Lappartient has not set out very much detail in his plan or any vision he may have beyond his well known personal ambition for the role.

“I look forward to debating what matters for the future of cycling over the coming months.”

I am delighted to present my vision for the next four years as @UCI_cycling President. Visit https://t.co/oItrJPyLgU for full details pic.twitter.com/1ow1Cl1xJp