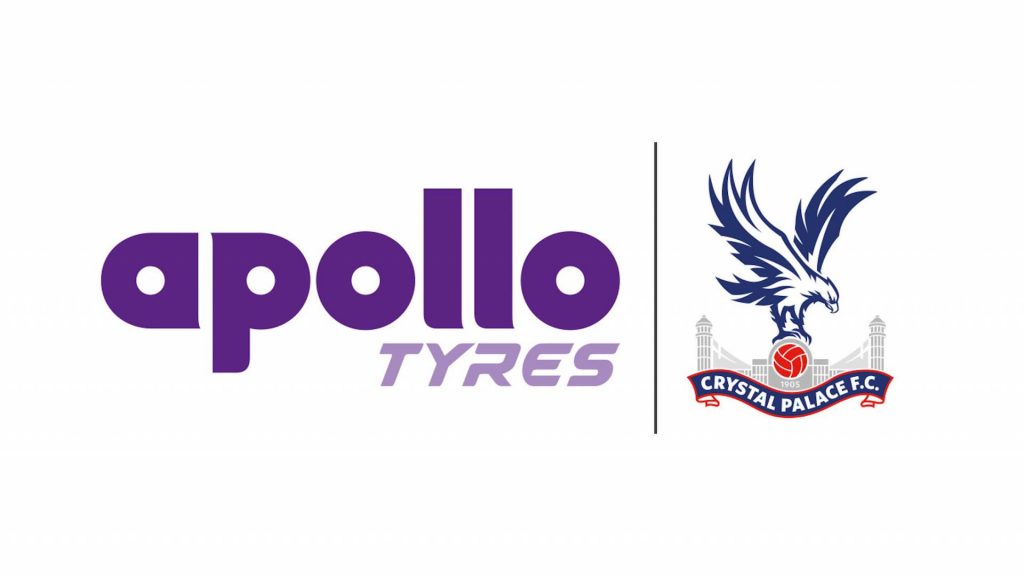 Throughout the partnership with Crystal Palace, Apollo Tyres will have a significant presence at all the Club’s Premier League and domestic cup matches.

The partnership will also provide Crystal Palace with opportunities to further engage its growing global fan base in India.

Apollo Tyres will run a series of campaigns that will include social media, consumer events and exclusive content to further raise its profile as one of the leading tyre manufacturers.

We are pleased to announce Apollo Tyres as the Official Tyre Partner of Crystal Palace Football Club.

Barry Webber, Commercial Director, Crystal Palace Football Club, said: “We are excited to welcome Apollo Tyres into our expanding partnership portfolio and to build on our recent high-profile announcements by introducing a leading player in the Tyre Industry.

“The continued rate of growth of the Club’s international fan base and reach around the world, combined with Apollo’s expansion and development into new territories, makes this an ideal platform for both parties to continue this growth.

Everyone at the club is looking forward to taking part in what we are certain will be an exciting partnership and a long and successful relationship with Apollo Tyres.”

Marco Paracciani, Chief Retail & Marketing Officer, Apollo Tyres, said: “This association with Crystal Palace FC is an indication of our growing affiliation with football, which is growing as a sport, and allows us to engage with the large fan following, especially the youth, that this sport enjoys.

“Crystal Palace, with its strong fan following in London and with a growing fan base globally, provides us with the opportunity to have a greater visibility in a key city like London and beyond.

“The EPL is the most watched football league in the world and our increased investments towards this support our global growth strategy perfectly.”