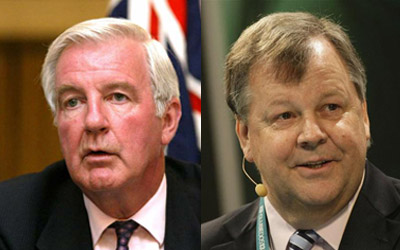 The event, in partnership with Generate Sponsorship, was held twice in London this year, twice in Munich.

Attendees are able to post questions for the panel in advance as well as arrange meetings via the iSportconnect Directors’ Club London networking tool, adding further value to the delegate experience.  To access the Networking Tool go to isportconnect.com/directorsclublondon.

Founder and CEO of iSportconnect, Sree Varma, said, ‘We are delighted that Ian and Sir Craig are able to join us at our third iSportconnect Directors’ Club in London. We received a great response from our previous events and found that the Question Time format gives the audience in-depth insight into topics within sport business. We look forward to making further speaker announcements in the New Year.”