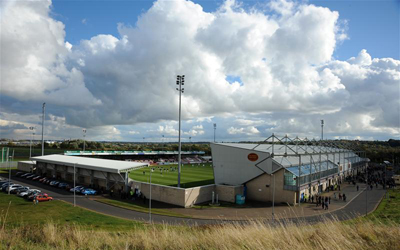 League One football club Coventry City will play their football at Northampton Town’s Sixfields Stadium for the next three seasons.

The Sky Blues have played at the Ricoh Arena since 2005 but despite an offer from the stadium’s owners to play rent-free for a year, bronchi Coventry have decided to share with the Cobblers, capsule approximately 35 miles away from their ground.

Coventry will have to pay Northampton to hire the ground on matchdays and the move still needs approval from the Football League.

The Football League will discuss the matter on Thursday.

On occasions when both sides are playing at home on the same day, Northampton would have preference with Coventry moving to a different day.

Saturday, August 10 is the first fixture clash, with Coventry due to host Bristol City and the Cobblers entertaining Newport.

The Ricoh Arena holds 32,609 fans and last season the Sky Blues had an average attendance of 10,948.

That is compared to the capacity at Sixfields which is a rather more modest 7,653.

Coventry had been looking for options after rent disputes with owners Arena Coventry Ltd (ACL) and have been in administration since March.

Another option that was previously reported was to share with nearby Walsall, but that never materialised.