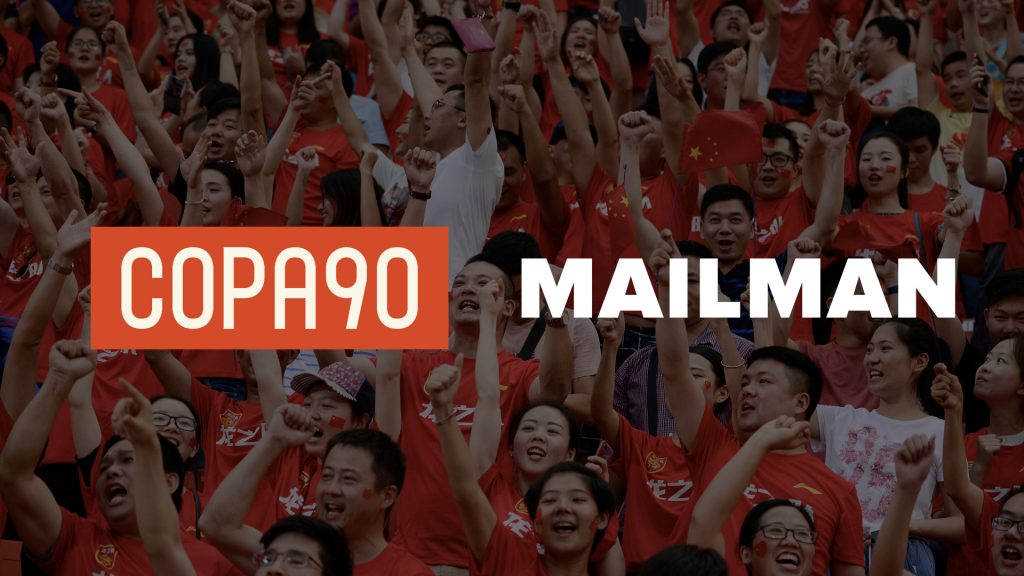 COPA90 Partner With Mailman In China

Under the agreement, Mailman will localise and distribute COPA90’s football content to fans across China via influential social media platforms such as Weibo and Miaopai.

The Shanghai-based company will manage a network of key influencers to drive the COPA90 brand, with original content to be published across COPA90’s social media channels.

Andrew Collins, Chief Executive and Founder of Mailman, said: “We’re very proud to launch the COPA90 channel in China for distribution through the country’s largest sports media platforms. We hope to inspire a generation of Chinese football fans through the unique lens of COPA90 content and bring the passion of these fans to the attention of a global audience.”

Ross Whittow-Williams, Chief Operating Officer of COPA90, added: “The Chinese Super League is now recording higher average attendances than Serie A in Italy and Ligue 1 in France. Quite simply, we recognise the Chinese football opportunity as one of the biggest in global sports media.

“The partnership itself is the perfect blend of Mailman’s audience and ‘in-market’ expertise and COPA90’s best-in-class football content and media capabilities. It will create a powerful and one-of-a-kind product for football fans in China. We see the Asian market as a big strategic opportunity for us and we look forward to establishing COPA90 firmly as the most loved football media brand across the region.”