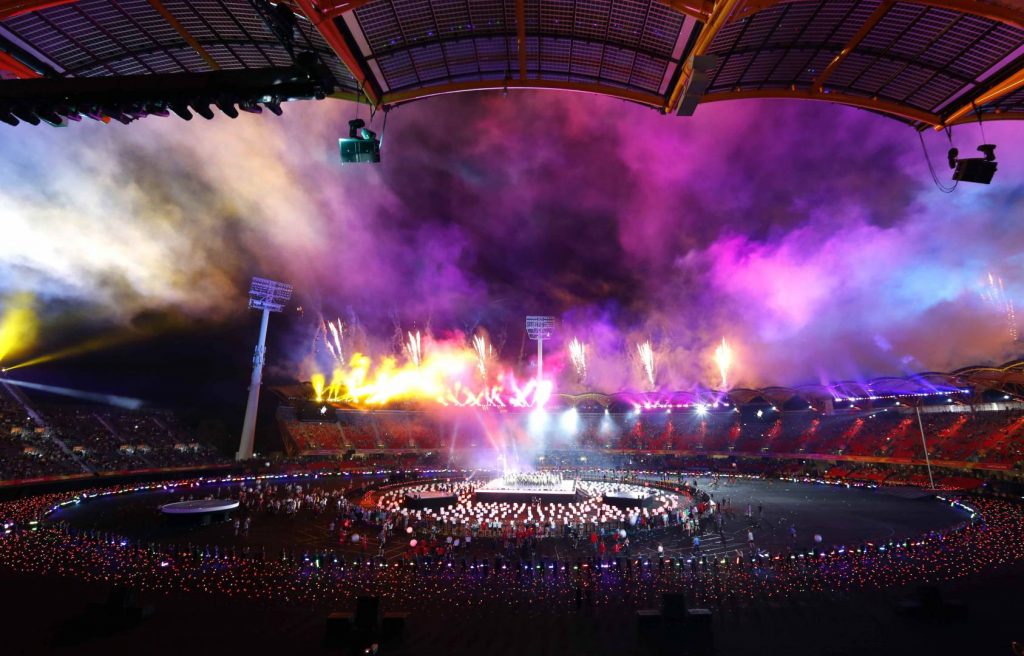 The storm of controversy over the omission of the athletes’ closing ceremony parade at the Gold Coast Commonwealth Games highlights key challenges facing Olympic and world sport, and could impact on a bid by Australia for the 2032 Olympics.

Major multi sport, multi venue, and multi nation events are as much a challenge of endurance and planning for organisers as for the athletes involved.  With viewers tuning in worldwide, and the host nation’s international reputation and billions of dollars of government funding and investment on the line, there is minimal margin of error for organisers, whose performance must be as precise as competing teams themselves.

After 10 days of successfully coordinating and completing hundreds of sporting events in dozens of venues for more than 5,000 athletes from more than 70 nations, organisers of the Olympic-styled Commonwealth Games on the Gold Coast were almost over the finish line, but tripped at the final hurdle in spectacular fashion.

The arrival and reception of athletes in the stadium for the final farewell parade is a highlight for host nation and international viewers, but was controversially dropped from the Games closing ceremony, sparking wave of anger as intense as the sporting competition.

Never before has an error in judgement of such magnitude been made in the TV and digital screen experience era of global sporting events, and the decision not to include the athletes arrival in the Gold Coast closing ceremony is a major embarrassment for Australia’s reputation as a major events destination and sporting capital.

Competing for relevance and respect in the increasingly crowded international sports calendar, and coming immediately after Australia’s greatest contemporary sporting scandal involving the deliberate tampering of a cricket ball to gain an unfair advantage over opponents, these Commonwealth Games, the first to be staged in a regional coastal centre, highlighted key issues confronting world and Olympic sport.

These include the role of sport in geopolitically turbulent times; more cities questioning the value and cost of hosting mega sporting events; decline in public and government support and funding for such events; and the ‘win at all costs’ culture responsible for sports greatest scandals – from Russia’s covert state sanctioned and administered doping programme to the Salt Lake City IOC Olympic Games vote buying and Australian  cricket scandals.

The ongoing controversies in world sport highlight in particular the poor corporate governance and administration standards that continue to damage sport at local and elite levels.

This has important lessons for the Paris and Los Angeles Olympic Committees, with revelations that the international tender process designed to select the company that produced the Gold Coast ceremonies was mired in controversy from the outset, despite the central importance of such ceremonies as celebrations of the athletes and sport, and as once in a generation postcard promotion of host cities and nations.

The appointment of US-UK events branding and experience company, Jack Morton Worldwide, over several of Australia’s internationally acclaimed major events and theatrical producers – including Ric Birch, who has masterminded more Olympic ceremony spectaculars than any other director, and pioneered the Disney-style blockbuster special effects ceremonies that have become central to the Olympic Games experience – immediately triggered inquires into the selection process and criteria.

The public, political and media anger directed at Australian cricket team members involved in the ball tampering plot and at Gold Coast ceremony organisers, is part of a growing post Brexit, post Trump protest movement against global and national sporting elites, driven by disillusionment at perceived self interest, corrupt and incompetent management, and poor community outcomes and returns from sport, on and of field.

The increasing fallout from sporting controversy has created an unprecedented public relations crisis for world sport, which is reshaping government and corporate funding decisions and priorities – in the countdown to these Commonwealth Games, the New South Wales State Government of Australia was recently forced to abandon politically unpopular construction plans for a major new sports venue to replace the Sydney 2000 Olympic Games stadium, following public concerns that funding should be allocated instead to community infrastructure to help meet the city’s growing population needs.

The growing movement against sporting elites is demanding a harder line against corruption; better community legacies and returns from sport; greater accountability of sporting executives as well as athletes; and that justice is done – and seen to be done – and reflects the scale of the corruption.

Thus, the full impact of the IOC’s recent ban on Russian Olympic Committee officials and athletes from the recent PyeongChang Winter Olympic Games for doping, while also allowing the OAR Olympic Athletes from Russia contingent to compete as a neutral team, was too subtle for many, leading critics to describe the sanctions as too soft and lenient.

The Gold Coast closing ceremony debacle could also set back embryonic plans for a bid by Australia to host the next available Olympic Games.

With several world sports leaders and figures looking on and observing the Games, including WADA President, Sir Craig Reedie, IAAF President Sebastian Coe, Olympic sprint legend Usain Bolt, and IOC members, the $A2 billion Gold Coast spectacle provided Australian Olympic Committee president John Coates with a critical opportunity to test support for a possible bid to host the 2032 Olympic Games in Brisbane and surrounding regions, including the Gold Coast – in line with IOC Agenda 2020 reforms that enable Olympic Games costs and infrastructure to be better shared amongst multiple city and regional locations.

The overall success of the Gold Coast Games – driven by the home team’s top of the table medal haul – initially suggested that mega sporting events may no longer be the sole preserve of major cities, providing welcome news for the IOC as it seeks to expand the pipeline of possible Games hosts to include smaller city locations.

Crippling transport delays suffered by spectators and visitors at the opening ceremony, along with the closing ceremony controversy however exposed gaps in planning, and cast doubts about the capacity of smaller regions to host such large-scale events, which could lead to support for a 2032 triple east coast Olympic Games cities bid, comprising Brisbane, Sydney and Melbourne.

The gaps in Gold Coast Games planning however are not insurmountable for smaller cities with the right international experience as demonstrated by the Manchester 2002 Commonwealth Games, which produced electrifying sporting and city experiences that served as the launching pad for London’s successful bid for the 2012 Olympic Games.

Often the victim of sports snobbery, the Commonwealth Games, which included many Olympic and world champions such as Adam Peaty, Chad Le Clos, the Brownlees, Johan Blake, Matt Horton and other big names of world sport – helped to provide a much needed new narrative that ran counter to the toxic win at all costs culture threatening sport.

In contrast to the aggressive, bullying, and self promoting culture of the Australian cricket team, the athletes who participated at the Commonwealth Games – which is a bigger international sporting event than both the European Games and Pan Am Games – performed with goodwill, humility, humour and demonstrated grace and courage under extreme pressure, win or lose, and again showed the unique power of sport to bring highly diverse nations and delegations of people together in uncertain geopolitical times.

For this, the athletes deserved to be properly recognised, applauded, and thanked in the closing ceremony grand finale of the Games. The fact that they were denied this unique honour, moment and memory is a tragedy for them and for sport, and will be discussed in the corridors and meeting rooms at the world’s biggest Olympic and world sporting conference at SportAccord in Bangkok this week.

Michael Pirrie is an international communications consultant and commentator on the organisation and marketing of major sporting events, including the Olympic Games, and served as Executive Advisor to London 2012 Olympic Committee Chairman, Sebastian Coe. He also led the international media campaign for London’s successful bid to host the Olympic Games in 2012.