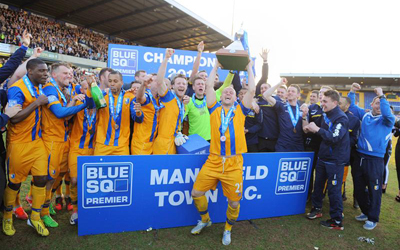 The Conference Premier is struggling to attract a main sponsor for next season, meaning clubs in the league could miss out on £20,000 ($30,000) each.

The Football Conference has been looking for a new sponsor since Blue Square Bet ended their deal last season, but a replacement has been hard to come by.

“We believe there is somebody who will do it, but I have to be honest we don’t have it on the hook just yet.”

BT Sport have announced that they will broadcast 30 live games from the Conference next season and Strudwick hopes this could attract any potential sponsor.

“At the moment we do not have a title sponsor but we hope the television deal with BT Sport will be a bit of a carrot to a potential sponsor.

“The hard nose aspect is that clubs shouldn’t be relying on money other people should raise – they have to be living within their means.

“But the Conference board acknowledges its responsibility to use its resources to attract funding and over a period of about 20 years that has been very, very successful.”