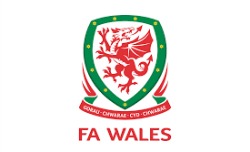 The Football Association of Wales (FAW) is the governing body of football in Wales and was formed in 1876.

The UEFA Champions League is the World’s most prestigious club football competition – “the best of the best on the ultimate stage”. In 2017, apoplectic the UEFA Champions League Final will be the single biggest sporting event in the world, commanding a live global TV audience in excess of 200 million.
In June 2015, UEFA’s Executive Committee announced that Cardiff would host both the Men’s and Women’s 2017 UEFA Champion’s League Finals and the FAW was appointed by UEFA to deliver the events’ wide ranging requirements.

In order to deliver these requirements, the FAW has established a Local Organising Committee (LOC) – whose vision is based on three key principles;
Engaging an entire nation;
Delivering the best experience for all; and
Leaving a lasting legacy

In order to deliver its event vision, the LOC is looking to recruit a Community Engagement Manager to devise and implement a nationwide community engagement programme to maximise the benefits and legacy from staging the Men’s and Women’s UEFA Champions League Finals.

The community engagement programme will consist of four main elements:

Football has the power to unite people from all different backgrounds and the LOC will use the profile of the World’s biggest club football competition to help improve numeracy, literacy and language skills across Welsh primary school children, working in conjunction with the National Schools Curriculum.

All primary schools in Wales will be encouraged to participate in the Education Programme with examples of the work produced by schools, showcased at the UEFA Champions Festival.

Following this year’s launch of Cwpan Y Bobol, an extended version will now be rolled out to celebrate the staging of the Men’s and Women’s UEFA Champions League Finals.

The 2017 edition of the competition will be extended to include girls, boys, disability and walking football teams. The format will be based on regional heats, followed by a National Finals weekend prior to the two finalists in each category going head-to-head at the UEFA Champions Festival in Cardiff.

To celebrate the staging of the Men’s and Women’s UEFA Champions League Finals, a pan -Wales trophy tour will take place end of April/start of May 2017 with the objective of providing as many people as possible with the opportunity to feel part of the two finals.

To celebrate the Women’s UEFA Champions League Final and to help raise the profile of the game within Wales, a mass participation event involving women and girls will take place in Cardiff on Thursday, 1 June 2017.

In addition to embracing the LOC’s Event Vision, the LOC Community Engagement Manager will also
need to action the following:

– Cwpan y Bobol:
Work closely with the LOC Marketing & Communications Manager to increase awareness and publicity of the competition with the aim of maximising the number of teams that enter;
Organise all aspects of the competition, including competition rules, securing all venues and arranging any accommodation & travel required by the finalists.

– National Trophy Tour:
Work with LOC Project Team colleagues to devise a trophy tour schedule that best meets the LOC’s event vision and maximizes the number of people that feel engaged with the two finals;
Organise Festival days at each location which in addition to the trophy displays, will also include community football events and appearances by current or former players;
Maximise attendances at all trophy tour locations by working with the LOC’s Marketing and Communications Manager to promote the Trophy Tour across all media channels, schools and clubs throughout Wales.

– Women’s and girls’ football participation event
Organise, promote and deliver a mass participation female football event in Cardiff on Thursday, 1 June 2017;
Work with LOC’s Marketing and Communications Manager, to raise awareness of and maximizing attendance at this event; and
Maximise media coverage by securing the attendance of high profile Welsh female footballers and iconic sportswomen.

– Other
Continually work to raise awareness of the two finals and to promote the UEFA Champions Festival;
Provide support and assistance to other LOC Project Team members as and when required.

The successful applicant will need to:
Have previous experience of working on a football based community engagement programme;
Display enthusiasm at all times;
Have the ability to forge strong and effective relationships with school teachers and local education authorities;
Be organised and efficient, and possess outstanding planning and organisation skills;
Be a team player and have the ability to work closely with other LOC Project Team members;
Demonstrate excellent written and verbal communication skills;
Be calm and composed when working under pressure;
Demonstrate a high level of IT literacy (particularly Microsoft Office);
Have a full and clean driving licence; and
Demonstrate a good understanding of football and the history/profile of the UEFA Champions League.

If you meet all of the above requirements, then we would like to hear from you. Please submit your CV, completed application form and statement of suitability to recruitmentcardiff2017@faw.co.uk