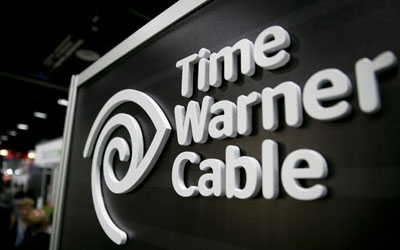 Time Warner Cable, which hosts a number of sports channels, has been bought by rival Comcast in a $45.2bn deal.

The surprise takeover comes after TWC rejected a $60bn offer from smaller rival Charter Communications as “grossly inadequate”. Charter had been pursuing for eight months.

The proposed deal, which will create a company with about 30m customers, is expected to face a regulatory investigation due to its dominance of the market. Comcast has about 22m video subscribers and TWC has about 12m, with a significant presence in New York. The companies said they were prepared to divest 3m TWC subscribers to help win approval of the deal.

The new company would tower over its closest video competitor, DirecTV, which has about 20m video customers.

“The combination of Time Warner Cable and Comcast creates an exciting opportunity for our company, for our customers, and for our shareholders, Roberts said in a statement. “In addition to creating a world-class company, this is a compelling financial and strategic transaction for our shareholders. Also, it is our intention to expand our buyback program by an additional $10bn at the close of the transaction.”

Robert D Marcus, chairman and CEO of TWC, said: “This combination creates a company that delivers maximum value for our shareholders, enormous opportunities for our employees and a superior experience for our customers.

“Comcast and Time Warner Cable have been the leaders in all of the industry’s most important innovations of the last 25 years and this merger will accelerate the pace of that innovation. “

The new company will be led by Neil Smit, the current CEO and president of Comcast Cable Communications.

The potential deal follows Comcast’s $17bn acquisition of NBC Universal was completed in 2013.