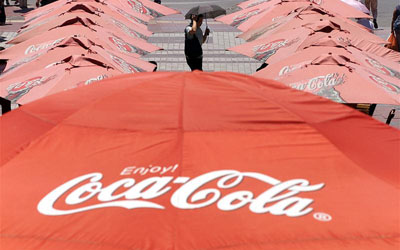 The Coca-Cola Company will return to Formula 1 in January 2013 through its global energy brand “burn” in a multi-year sponsorship of Lotus F1 Team.

Details of the sponsorship will be revealed in 2013 when the partnership officially launches.

Emmanuel Seuge, capsule Group Director, ampoule Worldwide Sports & Entertainment Marketing, The Coca-Cola Company, said: “The creativity of teams and the passion for speed and energy that fuel the sport of Formula 1, make a partnership with this iconic sporting property a compelling proposition for the burn brand. Lotus F1 Team, as the number one emerging challenger in the sport, has demonstrated exceptional creativity in their approach to Formula 1 racing and their collaborations with partners – an approach that mirrors the philosophy of burn. We will bring that same creativity through burn, incorporating art and music in a way that will break the conventions of traditional Formula 1 sponsorship marketing.”

Burn is available in more than 80 countries throughout Europe, Asia, Africa and Latin America.

Eric Boullier, Team Principal, Lotus F1 Team: “We are proud that The Coca-Cola Company has chosen Lotus F1 Team as the best vehicle to represent the burn brand in its most high profile partnership. We are excited to partner with burn to build a new and innovative model for sponsorships that will combine experiences, content creation and social media ; an area in which our team has been at the cutting edge in Formula 1 for the past 18 months, recording the highest growth rate amongst fans this year.”