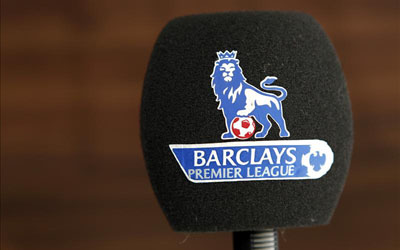 A new report by accountants PKF has suggested clubs are still risking their futures by spending copious amounts on trying to gain promotion to the Premier League.

The document said that clubs desperately hoping to access the riches of top-flight football were “balanced precariously on the knife edge between survival and insolvency”.

It said this phenomenon was most evident in the Championship as the increase in money from television deals continued to turn the game into a world of “haves and have nots”.

With the Premier League signing a major rights deal with Sky and BT, clubs are set to receive a huge reward for entering the top-flight.

Charles Barnett, the head of PKF’s Football Industry Group, said it was becoming more and more difficult for clubs to avoid losing money if they were not in the top division.

“Many clubs outside the Premier League elite are balanced precariously on the knife edge between survival and insolvency,” he said.

“This tension is particularly evident in the Championship, where many clubs gamble with their very survival for a shot at entry to the promised land of the Premier League.”

The report, which surveyed the finances of 62 clubs in England and the Scottish Premier League, revealed that two-thirds of those did not expect to make a profit in their next accounting period if transfer payments were not included in the figures.

It said the gap between the top flight and the rest of the game would widen still further when a new TV deal – worth £1 billion a season – kicks in next season.

The growing chasm in the game has meant some overseas investors have chosen to buy Championship clubs, paying far less money than an established top flight club would cost, hoping to steer them to promotion.

“There is the opportunity to buy into Premier League revenues at a discounted price,” Barnett said.

He warned that although clubs below the Premier League had adopted a domestic version of UEFA’s Financial Fair Play ideas, they needed to stick to them if the prospect of more clubs getting into severe financial difficulties was to be avoided.

“Clubs are making the right noises – but I suspect that many will need to urgently review their five-year-plans with a strong dose of realism if the industry is going to make it through the next few years without further insolvency cases,” he explained.

Administrators from PKF are running League One Portsmouth, and are continuing to negotiate with two potential buyers of the financially-stricken South Coast club.