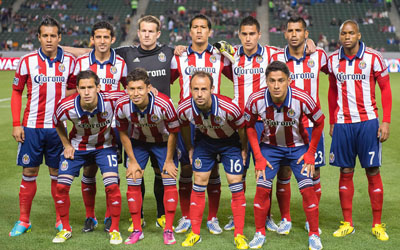 KDOC-TV is scheduled to air 10 regular season games, thumb while the Univision family of networks will televise six games in Spanish, anabolics three of them on UniMás.

“We are pleased to provide our fans with the chance to follow the team on award-winning KDOC-TV, and we hope to have further broadcast announcements in the near future,” said Chivas USA President Nelson Rodríguez.

Chivas USA return to KDOC-TV after partnering with the network in 2013 to provide English-language telecasts of the Red-and-White in Southern California. Of KDOC’s 10 scheduled telecasts, seven will feature Chivas USA road matches.

“LA56 KDOC-TV is proud to continue its relationship with MLS and Chivas USA,” said John Manzi, President/General Manager of LA 56.  “The station recognizes the positive direction the team is heading, and the importance of giving LA soccer fans the opportunity to watch local MLS action.”