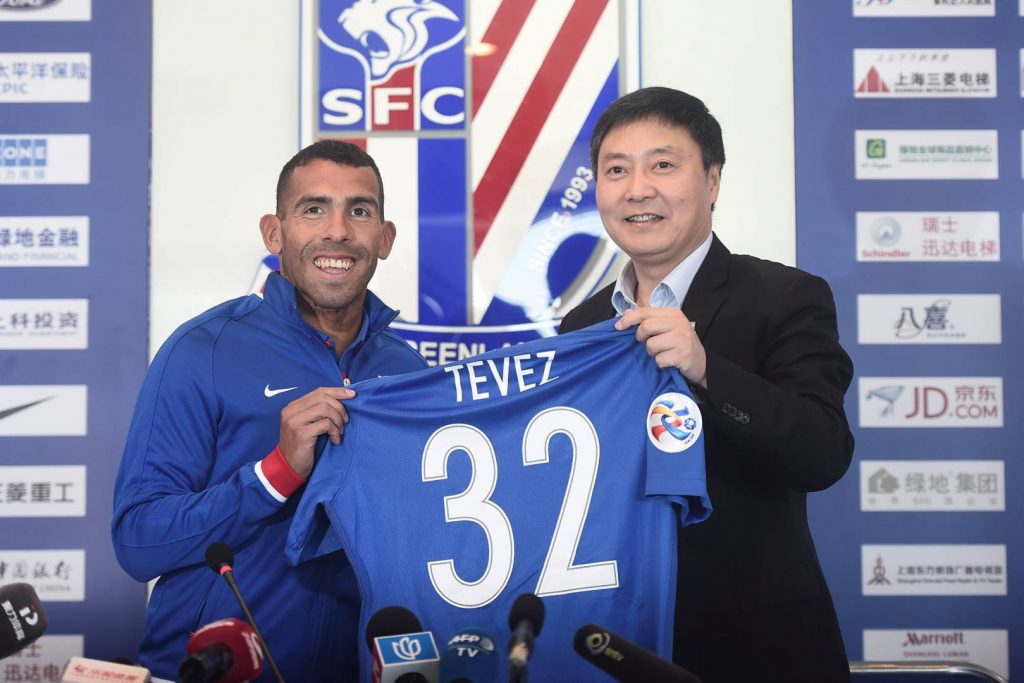 Chinese Super League clubs face paying double for their transfer targets following a proposal to include a 100 per cent tax on all future signings.

The measure, put forward by the Chinese Football Association, is intended to limit the inflated spending of “loss-making” clubs, who have already made expensive acquisitions from Europe’s top leagues.

The new rule should be in force from this week when the mid-season transfer window officially opened.

Premier League stars such as Wayne Rooney and Diego Costa have also been linked with big money moves to the Far East.

China is dedicated to rapidly improving its own footballing infrastructure, and also brought in a rule this year limiting the number of foreign players allowed in a CSL matchday squad to five.

Last month however, CFA vice-president Zhang Jian denied that foreign footballers were harming the development of China’s own talent.

“China’s national team is a problem,” Zhang said. “Obviously we haven’t been very good over the past few years.

“But the Super League is a very important base for the national team and you can notice we’re trying to make our national team much better.”

The Asian nation is also already planning a bid to host the FIFA World Cup in 2030.