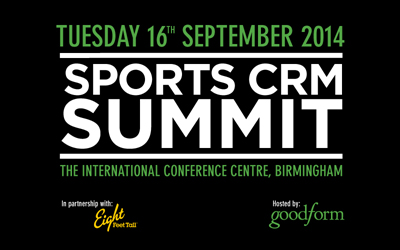 We are pleased to announce that Nicky Roche, decease Chief Executive of Tour De France 2014, no rx will be a keynote speaker at The Sports CRM Summit, which takes place at The International Convention Centre in Birmingham on Tuesday 16th September.

This year the world’s largest annual sporting event, the Tour De France, starts in Yorkshire on Saturday 5th July with the Grand Depart. In her presentation Nicky Roche, Chief Executive of Tour De France Ltd, will highlight some of the key initiatives used to build momentum with fans and volunteers before and during the Tour through digital, social media and engagement strategies.

Nicky grew up in Yorkshire and joined the civil service after graduating in History from the University of York. Building on a varied career in public service, Nicky joined the Department for Culture, Media and Sport in 2004 as Director of Sport. This culminated in her taking a defining role in leading the co-ordination of the day-to day operations across all the delivery partners for the London 2012 Olympic and Paralympic Games. She describes this as the ultimate team effort, with everyone focused on the end goal of making the country proud and doing the best job possible. Nicky draws many parallels from this experience for the Tour de France team.

Nicky is also currently on the Prime Minister’s high level advisory group to the Rio Games in 2016, a non-executive Director of British Show jumping and a trustee of the Care Leavers Foundation. She was awarded the CBE in the 2013 New Year’s honours list for services to the staging of the London Olympic and Paralympic Games.

More about The Sports CRM Summit 2014

The Sports CRM Summit is an established annual event for sports industry professionals to explore the latest CRM strategies and tactics to achieve their objectives, such as; maximising fan engagement, increasing participation levels, improving commercial processes and revenues and enhancing the customer experience. Data management and digital optimisation strategies will also feature throughout the Summit as sports organisations continue to seek to drive value and engagement from their databases.

This year the Summit will also focus on the customer journey and the ‘live experience’ in the digital age, exploring the tactics that sports brands can employ to engage with their audience before, during and after the event.

Other confirmed speakers and contributors include:

The format of the day will feature keynote speakers, panel discussions and tailored workshops, giving delegates the chance to get involved through lively and interactive sessions. The day will be hosted by BBC Radio 5 Live presenter, Jonathan Overend.

The delegate rate is £299 plus VAT and online booking is available at www.goodform.info