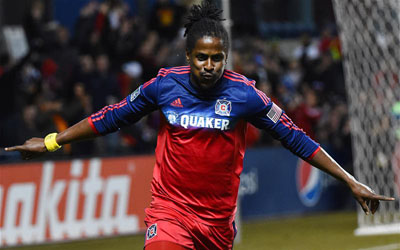 The partnership, clinic which begins in January 2015, health presents an opportunity to integrate the two brands across multiple platforms.

The agreement will include in-market retail collaboration, two entitlement spaces at Toyota Park (The Heineken Second Star Club, a premier, all-inclusive luxury club, and the Heineken Terrace, a group hospitality area), activation at the Chicago Fire Soccer Center on the North side of the city, and presenting partnership of Chicago Fire Rec Soccer Program.

“We are incredibly excited to have Heineken, an iconic brand, as a partner of the Chicago Fire and to serve as an extension of their commitment to soccer in the United States,” said Atul Khosla, Club COO.

“We look forward to bringing this partnership to life and enhancing the Club experience for our supporters.”

“By partnering with [MLS] clubs we’re able to more directly connect with American soccer fans and provide them with a premium experience—and beer—they have come to expect from Heineken,” said Nuno Teles, Heineken Chief Marketing Officer.

“We are known worldwide as a genuine soccer brand, and these partnerships will provide a direct platform to reach the soccer fans and fuel their passion for the game.”