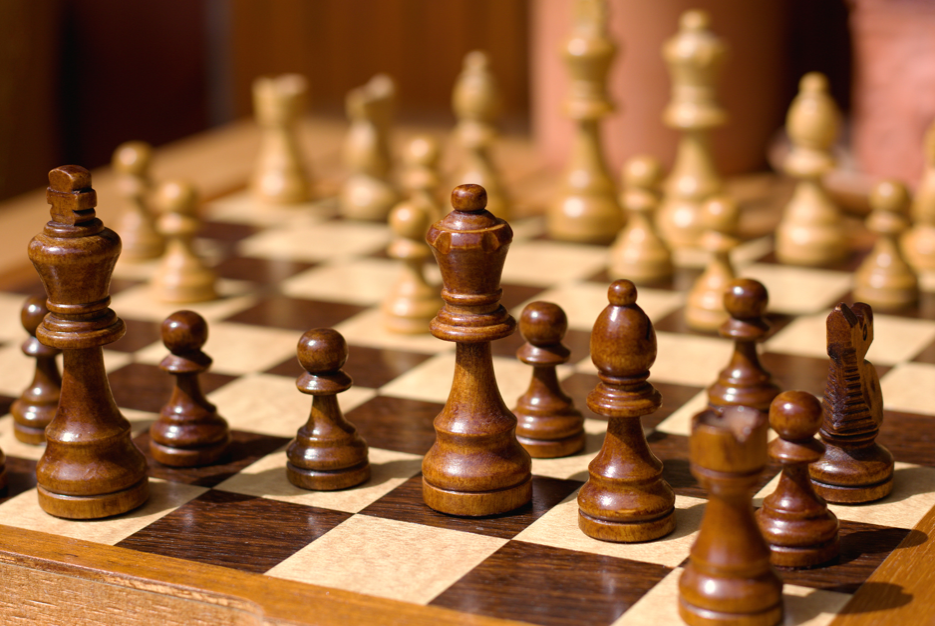 Why Does Chess Need To Be A ‘Sport’?

For whatever shortcoming of nature or nurture, I was never a good chess player. But I grew up fascinated by top-level chess – with Kasparov, Karpov and local hero Nigel Short the idols of the day. Never mind that Go is a far more intricate game, or that chess computers can now beat people as a matter of course – top-level chess has always stood out to me as the supreme battle of the human mind, and its proponents the finest brains on the planet.

As I grew up and then moved into a career in traditional sport, I lost touch with the chess scene. So, it was wonderful to be reacquainted with elite chess at the 2018 FIDE Chess World Championships taking place at The College in central London from November 9-28.

The company World Chess is the organiser of the event as the exclusive official partner of FIDE (the international federation) and commercial rights holder to the World Chess Championship cycle. World Chess by Agon Limited is the owner of worldchess.com, the exclusive broadcasting platform for chess.

In terms of presentation, the event, with reigning world champion Magnus Carlsen taking on challenger Fabiano Caruana, came across well. The venue was creatively dressed, with a distinctive look and feel applied consistently, inside and out. There was a respectable offering of merchandise, and diverse ways of following the action, within the aquarium-like arena, or in numerous break-out spaces with expert commentary. The crowd was plentiful and, whilst a bit skewed to middle-aged men, it counted many women as well as younger people and children of both genders.

On the downside, the roster of sponsors seemed esoteric and for an event of this scale lacked the international household brands that you would expect to see at even a middle-ranking sports event.

But is chess a sport? This debate has raged for years, with chess as well as poker and bridge, and more recently eSports, all seeking this tag. Many countries, and the IOC, do indeed classify chess as a sport. Carlsen himself has said that it is ‘definitely a sport’. It has featured at major multi-sport events, notably the Asian Games of 2006 and 2010.

And yet, despite this, chess often misses out on benefits that established sports enjoy. It does not qualify, for example, for Britain’s National Lottery funding, one of the richest sources of government support for sport in the world. It has never appeared at an Olympic Games and was overlooked at the recent Asian Games in Indonesia.

Undoubtedly, Chess has many ‘sport-like’ characteristics. It requires huge stamina at the top levels. Prominent grandmasters have nutritionists and physical exercise regimes to improve their game. They are even tested for doping.

As I sat watching Carlsen and Caruana tough out the ninth consecutive draw of the tournament, I was reminded of a boxing match, and two boxers slugging it out in the final rounds of a bout too close to call. I was gripped, just as I am watching top level boxing, tennis or golf.

But to my way of thinking, chess is not a sport. It does not spring primarily from physical exertion or endeavour. It is a game.

And what is so very wrong with that? I question why the organisations behind chess and other mind games are so desperate to be classed as sport. Is this because they believe that sport has some inherent exalted standing, by comparison to which mere games are inferior?

I doubt this, and believe that the quest for recognition as a sport is really a plea to gain access to the fruits that traditional sports enjoy – public funding, inclusion at the biggest multi-games events on the planet, media exposure and commercial revenues.

You can’t fault the bosses who run chess and other federations for chasing the incentives on offer, and that means vying to be seen as a sport. But isn’t the real challenge to try to rebalance the incentives? Chess is a fantastic game with genuine benefits – mental and social – for its players and spectators. Playing chess can reduce stress, stave off mental illness and tackle the killer affliction of loneliness – all of which reduces health costs.

In this respect, chess deserves public funding. But it should be recognised on its own merits and should not have to package itself as a sport to be entitled to these.

Similarly, chess has huge potential to grow as a spectacle. The Carlsen/Caruana bout was an impressive example of how the game has evolved since my days of following it in the 1980s. But I left the arena thinking too that the game has even more potential to create something fresh for new audiences. It will achieve this, for sure, by borrowing the best parts of the way sports present themselves.

But it must also seek other inspiration – from the theatre, music and the circus  – to create its own unique forms for a unique and wonderful game.