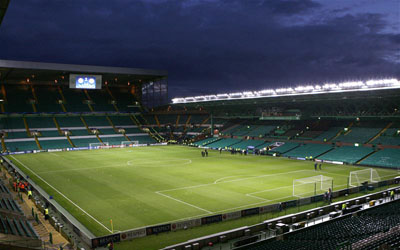 Scottish Premiership champions Celtic have announced they made an £11.2million pre-tax profit last season despite a significant drop in revenue.

The annual accounts showed group revenue decreased by 14.6 per cent to £64.7m, with some of the fall being attributed to a £100 reward to season ticket holders.

Operating expenses also fell, by 4.5 per cent to just under £60m, to leave Celtic with almost £4m in the bank on 30 June.

Celtic chairman Ian Bankier commented: “Whilst the short-term objectives of the company are dominated by our day-to-day success as a club on the park, the chief role of the board is to ensure that the long-term future of the club, and the company, is secured.

“Ensuring the long-term security of this club is a process of maximising the potential of the present and managing the risks of the future. The board is highly conscious of the financial environment in which we play football here in Scotland.

“The harsh reality is that the total income from broadcasting rights available to the Scottish game is a tiny fraction of what is available to our neighbours in England.

“Within this context and in the face of these hard facts, the board has evolved the strategy that the club, financially, has to adopt a self-sustaining model. In plain words, we have to live within our means. We cannot spend money that we don’t have.

“This is the only way to discharge our fundamental duty to protect the future of this great club for our fans and for future generations of Celtic fans.

“Despite all of this, we share the fans’ disappointment over the failure to qualify for the group stages of the UEFA Champions League this year.

“We do our utmost to acquire the best players we can within our financial constraints and the manager and the football operation use their best efforts to develop these players along with the talented players produced by our Youth Academy.

“We fully support our chief executive and his team as they manage this delicate and often difficult balance. There is no other way to manage a sustainable football club in Scotland.”