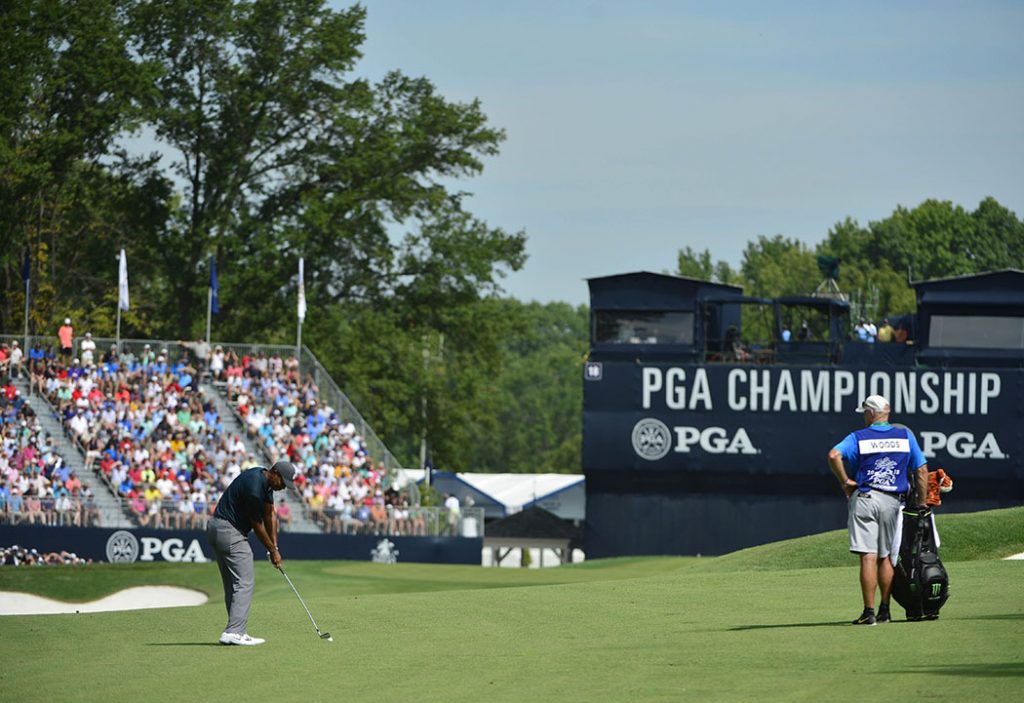 The network will deploy 110 cameras and 175 microphones spanning 41 miles of multi-strand fibre (equalling 492 miles of actual fibre connectivity). For the first time, the production team will deploy a remote-controlled wireless Rover Cam.

On the challenging 15th hole, CBS Sports will operate a4D replay system that has an array of cameras covering 270 degrees of the tee box that allows for three-dimensional manipulation of the video. It marks the first time this technology will be used by an American broadcaster on a golf broadcast.

“The 4D Replay will be a more dimensional look at a golfers’ swing and help our announcers analyse it better,” said Ken Aagaard, Exec VP, Innovation and New Technology, CBS Sports. “The cameras will be low, so the viewer will be looking at the swing from a different angle. Combined with our Swing Vision technology, it will be a useful visual tool for our viewers, especially on one of the last holes of the tournament.”

Hawkeye Green Technology will let viewers experience the undulation of the green and see the line of the putts throughout the tournament. “Green reader technology is going to make the putts on the green come alive,” he said. “Through animations and how the greens are mapped ahead of time, we will have an accurate depiction of where the ball needs to be putt, along with the speed, for it to go in. The technology makes everything a bit easier to understand and it’s more visual than ever before.”

“The last two to three years, CBS Sports has really moved the needle from a technical coverage standpoint,” Aagaard said. “The viewer is now seeing and understanding data, like shot apex, that they might have not have known about just a few years ago.”

“Tracer tech is now everywhere throughout our broadcasts. The whole experience of watching golf is more interesting because we’re always coming up with something new. With this PGA Championship, we are bringing it all together to create a pretty cool visual for viewers.”