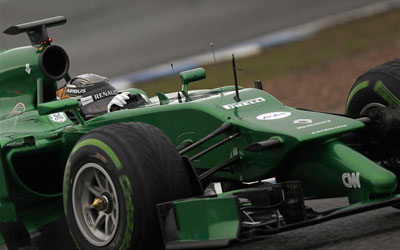 Formula 1 team Caterham have entered into a new crisis after the team’s new owners launched a bitter attack on former supremo Tony Fernandes.

Caterham were bought from Malaysian businessman Fernandes in June by a consortium of Swiss and Middle Eastern interests.

But they claimed they have been running the backmarkers without being the legal owners after a row over transfer of shares and described the team’s recent difficulties as “detrimental”.

“Since the date of the agreement, the seller has refused to comply with its legal obligations to transfer their shares to the buyer,” said an angrily-worded statement.

“The buyer has been left in the invidious position of funding the team without having legal title to the team it had bought.

“This is in total contradiction to the seller’s press release of 3 October 2014 which stated that Mr Fernandes and his Caterham Group had no longer any connection with the Caterham F1 team.”

Fernandes claimed later on Wednesday that he had yet to be paid for Caterham by the consortium.

“If you buy something you should pay for it. Quite simple,” he tweeted.