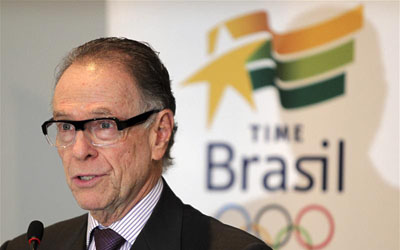 The president of the Brazilian Olympic Committee (COB), Carlos Arthur Nuzman, 70, was re-elected on Friday for another four-year term.

If he manages a fifth re-election after the Rio Olympics, he will surpass João Havelange as the longest Brazilian director in charge of sports agencies.

Nuzman has been the president of COB for 17 years. Earlier, he was the head of CBV [Brazilian Volleyball Confederation] for 20 years, between 1975 and 1995.

Nuzman’s fourth reelection is contrary to the desire of sports Minister Aldo Rebelo, who defends alternation of power in sports confederations.

Nuzman says he does not feel pressured by Rebelo’s criticisms.

“Nobody should feel bothered. Democracy and opinions are given freedoms. More important than discussing terms of office is assessing their quality, which includes achievements and successful projects,” says Nuzman, reelected with 31 votes in favor and only one against.

Despite his extended period in office, Nuzman is still far from becoming the longest president of COB. Sylvio de Magalhães Padilha was president for 27 years (from 1963 to 1991).

Friday’s’s election occurred two weeks after the Rio-2016 Committee, whose president also is Nuzman, fired nine employees. They were accused of having stolen documents from organizers of the London Olympics, which ended in August. “There is no inconvenience in presiding both institutions,” says Nuzman.