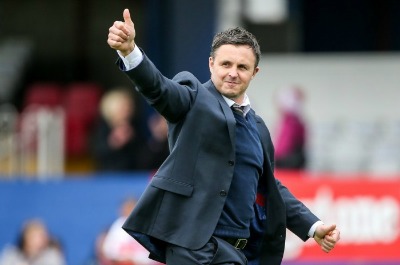 The RFL has confirmed that Toronto Wolfpack will join the UK’s third tier competition, case Kingstone Press League 1, viagra in 2017.

In an exciting first for British sport, Rugby League will have a trans-Atlantic flavour with the entry of the newly-formed Canadian club, who have ambitious plans to develop their brand and the sport across North America.

Toronto have also been invited to participate in the historic Ladbrokes Challenge Cup in 2017, which celebrates its 120th anniversary next season, and can expect a warm welcome from the other clubs in a domestic competition which has the world’s biggest geographical footprint.

“It is with great pleasure that I can confirm Toronto Wolfpack’s entry into Kingstone Press League 1 next season,” said RFL Chief Executive Nigel Wood.

“We have worked closely with the Canadian club’s officials and investors in the last few years and have no doubts that Toronto Wolfpack will enhance a competition which has already established a reputation for welcoming new clubs.

“Rugby League has always had a pioneering philosophy throughout its history and this initiative offers further evidence of the sport’s wide appeal and readiness to embrace innovation.

“We are looking forward to working with Toronto Wolfpack, who will join us with the unanimous support of our member clubs.”

Toronto Wolfpack will play home and away fixtures in four or five-match ‘blocks’, staying in residential accommodation while in the UK and flying out other teams at their expense for home matches at Lamport Stadium in the Liberty Village area of downtown Toronto.