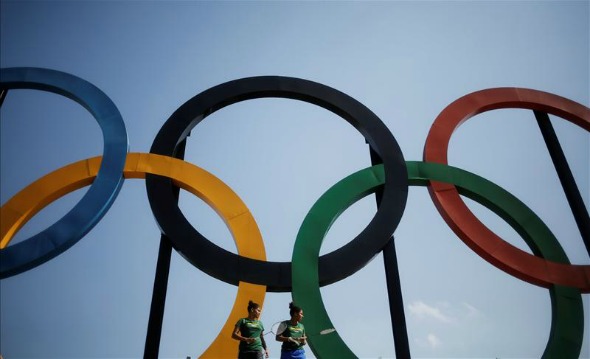 The President of the Badminton World Federation Poul-Erik Høyer Larsen has admitted his sport needs a successful Olympics in Rio to banish the memories of the events of London 2012.

In 2012 four doubles teams were ejected from the tournament by the BWF for playing to lose, in order to receive more favourable draws in the knock-out round.

“It’s a very important Olympics for badminton. We want to present the credibility, as I see our sport. We had an incident in London in 2012, where there was some ladies doubles that were more or less playing backwards. We were looking at the TV…. We measured it, and it was the same speed as in 1972. It was not a good sight, it was not a good feeling, and it was an embarrassment. So I really want to show that this was the past, that we have sorted it out, that it won’t happen again. We will see matches that are fair, without any fixed games, it will be the real deal.”

However key to badminton having a successful Olympics, is Rio being ready.

Høyer has some concerns on that front.

“Rio has been struggling from the beginning. They’ve been a bit behind in certain areas, they’ve been working very very hard in the last couple of months. We have a sheet with our issues on, usually we have about eight items on that paper, currently there are 50. So there is still some way to go until we can say we are satisfied. We may never be completely satisfied, but when the samba starts playing and we start dancing, we can forget about the small things, and I hope it will be small things. That’s what I think it will be for badminton. There may be other sports that may be struggling a bit more in terms of getting ready in time. But I think we will have a good presentation.”

But Høyer was keen to point out that amongst the headlines about doping, and infrastructure being ready in time, little news had been made on the sale of tickets.

It was one of the notable successes of London, with almost every arena sold out for two weeks. Høyer hopes that will be the case in Rio.

“I hope there will be spectators. That’s the next thing in terms of, how do we create enough interest in the Olympics, so we see a full crowd, as we saw at the football World Cup. It would be nice to see the engagement of the citizens of Rio and Brazil, but also others coming from other countries. Then we can have the atmosphere that I love so much when we have the Olympics. This atmosphere of the speciality, the history, everything comes together at the Olympics.”

With so much attention on the stadia being ready, hopefully Høyer’s concerns on ticket sales will not be swept under the rug.