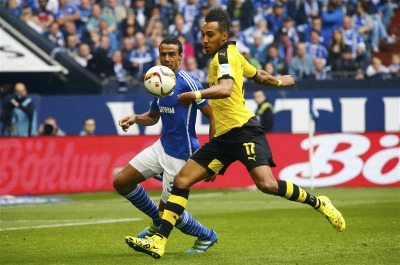 Continuing its lasting growth with 2.17 billion euros ($2.97bn) and topping its previous year’s amount by 4.4 per cent. The Bundesliga recorded 383.5 million euros ($524m) in operative profits, the highest of all time. Seventeen of 18 clubs were in the black with turnover before interest, taxes, depreciation and amortisation (EBITDA).

On the expenditures side, salaries for players and coaches remained stable at 39 per cent. The Bundesliga 2 recorded the highest turnover in its history with 419.4 million euros ($573m) (a 9.1 per cent increase on last season), and fifteen of the 18 second division clubs recorded positive EBITDA numbers. The DFL Deutsche Fußball Liga made the announcement at today’s presentation of the Bundesliga Report 2014 in Frankfurt.

“The Bundesliga is succeeding in the split between top level sports performance and economic rationality, especially compared to others in Europe. Thanks also to the further increases with the media contracts that take effect this season, the league is on the road to extending its position as the second-strongest earning football league in Europe,” said Christian Seifert (pictured), CEO of the DFL.

In total, the turnover of the 36 clubs and capital companies of the DFL also increased for the ninth time in a row. All told, the clubs collected 2.59 billion euros ($3.53bn) in the past season. Just like in past seasons, professional football saw increases in all central income categories (advertising, media and player revenues).