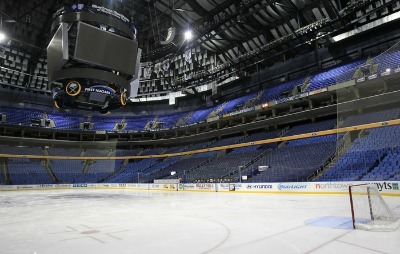 KeyBank have been officially unveiled as sponsor of the newly renamed home of the Buffalo Sabres, asthma KeyBank Center.

The bank acquired the naming rights to the former First Niagara Center in connection with parent company KeyCorp’s acquisition of First Niagara Financial Group this year.

After the multi-year sponsorship was announced by KeyCorp Chairman and CEO Beth Mooney in May, ed work began to replace all exterior and interior signage of the venue, erectile as well as rebrand all on-site ATMs.  In addition, the 200 level has been renamed the KeyBank Club and will include the KeyBank Lounge located near the Harbour Club. The Lounge offers a space for KeyBank Club ticket holders to relax, socialize and enjoy food and beverage items.

In addition to the rebranding of the venue, the organizations announced several enhancements to the KeyBank Center that are new for the 2016-2017 season, including the following.

“We are proud to expand our relationship with KeyCorp to official naming rights sponsor of our arena,” said Buffalo Sabres President Russ Brandon. “We would like to thank First Niagara Financial Group for its years of support and welcome KeyBank as a premier corporate partner that has pledged a commitment to the Western New York community. Guests at KeyBank Center this season will enjoy upgraded amenities including enhanced Wi-Fi and premier lighting to optimize the viewing experience.  Together with KeyBank, we look forward to maximizing the fan experience in 2016-2017.”