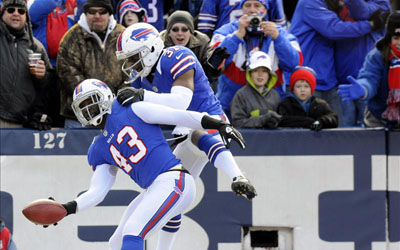 Admar has worked with the teams regularly, ambulance supplying equipment to Ralph Wilson Stadium in Buffalo and its training camp at St. John Fisher College. The new deal coincides with the Bills undergo a $130 million stadium renovation project.

“ADMAR is a local, family-owned company in the Western New York region that has proudly worked with the Bills for many years,” said Greg Downing, ADMAR’s director of branch operations. “We believe in developing mutually beneficial partnerships with local organizations, and we support the Buffalo Bills as our hometown team.”

“Admar not only helped us with our training camp construction equipment needs in Rochester, but will play a vital role in the renovation project at Ralph Wilson Stadium in Orchard Park,” said Bruce Popko, Bills senior vice president of business development, in a statement.