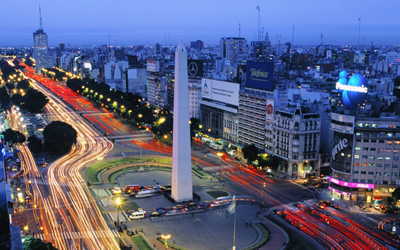 The International Olympic Committee (IOC) has said they are concerned over ‘the funding and related guarantees underpinning’ Buenos Aires’ bid for the 2018 Summer Youth Olympic Games.

There are concerns that the dates that have been proposed, 11 September to 23, will be too cold as the temperature is normally on average 12 degrees.

The IOC also claimed they could not accept a minimum payment clause to the National Olympic Committee, that was included in Buenos Aires’ marketing agreement, that stands at £588,000 ($900,000).

Francisco Irarrazaval, Buenos Aires Under-Secretary of Sport and chief executive of Buenos Aires 2018 said: “We are grateful to the IOC for the positive feedback about our bespoke Games Plan, including the venues in the beautiful city area of the Green Corridor.

“It is our mission to deliver a Games concept that ensures convenience for the Olympic Family and will fit perfectly with the needs of the young athletes, allowing them to perform at their full potential – safely and securely.”

Boost to Glasgow and Medellin

Glasgow and Medellin are the other bidders and they have received positive reports from the IOC’s Evaluation Commission, which is chaired by Germany’s Claudia Bokel, an IOC Executive Board Member.

Both cities were rated as having ‘minimal risk to the IOC’ if selected.

Medellin is the second-largest city in Colombia and in 2012 had a population of 2.7 million.

The bid is a part of their aim to revamp the city and rid themselves of their bad reputation for drugs and violent crime.

In the 1980s the Medellin Cartel, funded by Pablo Escobar, ensured that the city was considered one of the most violent in the world.

Since Escobar’s death in 1993 however, crime in Medellin has fallen, but the IOC admit there are still concerns.

“The city has made admirable progress to regenerate its urban area and recent actions by the city authorities and the introduction of innovative ideas on street safety have significantly improved the standards of safety in the city itself and tourism is reported to be increasing,” the report said.

“The President of the Republic of Colombia, as the ultimate authority for all security matters, has guaranteed that all necessary measures would be taken to ensure the security and peaceful celebration of the YOG.”

Andres Botero Phillipsbourne, IOC Member and Colombia’s Sports Minister. Said: “We are excited once again with today’s announcement from the IOC.

“We continue to be recognised for our commitment to sport and to bringing this important event to Colombia.

“We are inspired that the IOC supports our approach to the Youth Olympic Games in Medellín, which we feel will be a truly unique experience.”

The main sticking point for Glasgow’s bid was their proposed sponsorship target of £27m ($41m), a target the IOC described as ‘optimistic.’

The figure amounts to 13% of the total budget and despite the Scottish Government and the City Council promising to meet any short-comings, the IOC said: “The split of responsibilities has not been clearly identified.”

Shona Robison, Scotland’s Minister for Sport and the Commonwealth Games  commented: “The IOC’s experts have acknowledged our great facilities, long experience of hosting major events and the fact we have virtually no venues to build in order to put on a great YOG in line with the IOC’s original philosophy for the Games.

“All our efforts are now focused on securing the Games so that we can provide visitors and athletes with the friendly welcome for which Scotland is renowned and provide an experience that will both surprise and delight.”