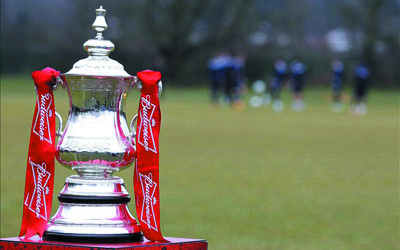 The Football Association have revealed that Budweiser will end their title sponsorship of the FA Cup at the end of this year’s competition.

In a statement released on Friday, the FA announced it is seeking a new lead partner from the 2014-15 season following the American drinks firm’s decision to end its three association with the competition.

The FA’s Commercial Director, Stuart Turner, said: “Budweiser has embraced The FA Cup and we’re grateful for their support.

“The Cup retains a special place in English football and it remains an important competition, not just in England but across the globe.

“Next year The FA Cup will move to the BBC’s platforms and we are very excited about its future.”

Iain Newell, Budweiser’s On Trade Sales Director, added: “We are proud of our support for the world’s most prestigious domestic cup competition.

“The partnership has been great for Budweiser, fans and clubs around the UK, and in particular those grassroots clubs who have benefitted from £1m of Budweiser grants through the Club Futures programme.

“We are excited to be bringing fans closer to The FA Cup this season with the launch of ‘Budweiser Open Trials.’ This gives amateur footballers the opportunity to realise their dreams and win a chance to play at Wembley.

“We continue our long standing association with football through Budweiser’s sponsorship of the 2014 FIFA World Cup in Brazil, and the 2018 and 2022 tournaments.”