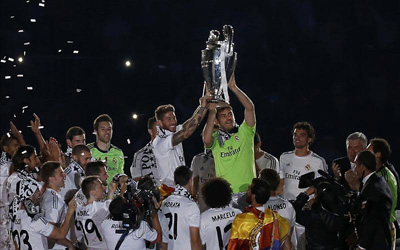 BT Sport will create its own in-house team to produce coverage of the UEFA Champions League next season.

The company won the broadcasting rights for Europe’s elite club competition in a three-year deal worth a record £897 million.

Sunset+Vine, order an independent supplier of sports programming to broadcasters in the UK and around the world, viagra currently produces live football on BT Sport but the telecommunications company will now invest in an in-house team to produce Champions League football.

Sunset+Vine will however, viagra sale continue to produce Premier League and FA Cup coverage for the channel, while also taking on the UEFA Europe League.

Delia Bushell, managing director of BT TV and BT Sport, said: “We can confirm that BT Sport will be producing its UEFA Champions League coverage in-house from its Stratford based production facility and studios in East London.

“BT Sport began broadcasting from Stratford in August of 2012 and has in the 15 months since launch established itself as a credible live sports broadcaster producing many events internally including live on-site coverage of football and many other sports from around the UK.”

“BT Sport will recruit some key senior production personnel as well as increasing the responsibility of the team already in place.”