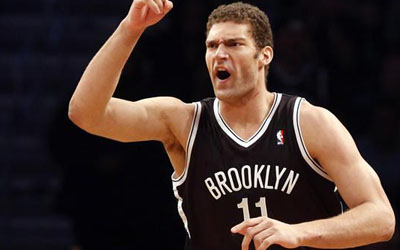 Under the terms of the agreement, Anta and Lava Tech will have courtside electronic branding at Nets’ home games at Barclays Center.

Both deals were secured while the team played in China during the pre-season as part of the NBA Global Games.

“Our goal is to be a global team, and in order to be global, you need to be relevant in China,” said Brett Yormark, chief executive of the Brooklyn Nets and Barclays Center.

“These partnerships help fulfil that objective.”

Ding Shizhong, chairman and chief executive of Anta Sports said: “As we saw with their recent participation in the NBA Global Games, the Brooklyn Nets are enormously popular in China.

“This partnership will allow us to continue elevating our brand awareness and to further basketball’s growth in China.”