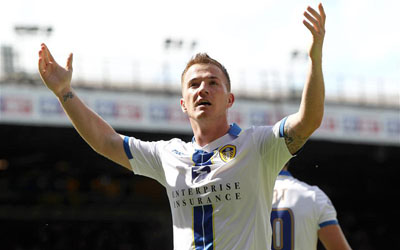 Sport Capital, the British consortium that was set to take over Leeds United, has ended its attempt to takeover the Championship team.

The group, led by current Leeds managing director David Haigh and including the MD of the club’s sponsors Andrew Flowers, announced their intention to buy a majority share in the club from current owners Gulf Finance House Capital in November.

The consortium had expected the deal to go through in time for funds to be made available for manager Brian McDermott ahead of the January transfer window.

However on Wednesday, Flowers accused GFH Capital of reneging on a deal to sell 75% of their shares to Sports Capital, suggesting that “a number of things have come to light which were not as originally described”.

He was also critical of GFH’s “11th-hour decision” to open talks with controversial Italian Massimo Cellino, the owner of Serie A club Cagliari.

And now Haigh has released a statement indicating that some of the bidding consortium’s backers “ultimately didn’t feel able to deliver the financial backing we had hoped was agreed to take the club forward”.

Haigh continued: “Despite this, the future of this club remains the most important thing to me personally and I remain totally committed to putting the right team and backing in place to ensure that Leeds United can move forward.

“It is an indication of that commitment that in recent months the Sports Capital consortium and I personally have injected substantial sums into the club to ensure its viability.

“I have met many, many potential investors over the past year and, sadly, while many are keen to talk the talk they have been unable or unwilling to deliver in financial terms. Nevertheless these talks continue with a number of parties to seek the best possible outcome for Leeds United.”

He added: “At the same time neither my life nor my job has been made easier by the personal intrusions and abuse directed towards me on social media or by some of the smear campaigns against me personally.

“Equally, some of the speculation & stories published in the media have made things difficult for everyone including the staff, players and supporters.”