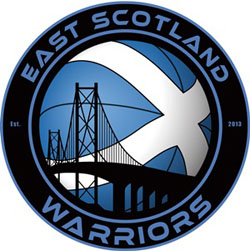 The British Basketball League (BBL) have announced there will be a new franchise to be based in Edinburgh branded the East Scotland Warriors after a deal was signed.

The new club will commence participation in BBLCompetitions for the 2014-15 season and will be based out of the 2,400 seat Meadowbank Arena. The club will be commencing work on their community plans in the coming weeks.

Owner Donald Sampley enthused, “I am very excited to be a part of professional basketball returning to the City of Edinburgh. I am really looking forward to working with everyone in East Scotland’s basketball community to grow the game, and help put Scotland’s youth basketball players on a pathway to the pros. People can keep up to date with the latest information on the club by signing up to our Newsletter at www.warriorsbbl.co.uk.”

Kevin Pringle, Chief Executive of Basketball Scotland, added: “Having a second professional franchise in Scotland is an exciting prospect for the sport and demonstrates the growth and potential of the sport. Basketball Scotland has been working hard to support the growth of the game through our member clubs and we hope that that an additional professional franchise can further support the work of the clubs both in Edinburgh and throughout Scotland.”

Andy Webb, BBL Chief Operating Officer, commented: “We are delighted to add a second club in Scotland and look forward to the exciting rivalry this will create with the Glasgow Rocks. The strong community ethos of the club fits perfectly with our own beliefs and we look forward to seeing their development in this area over the course of the next season.”