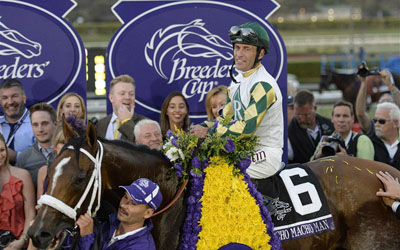 “We couldn’t be more excited about joining forces with Longines,” said Craig Fravel, President and CEO of the Breeders’ Cup. “This partnership reflects the evolution of the Breeders’ Cup and illustrates its appeal to prestigious brands and their target audience. The inherent sophistication and style in typical Breeders’ Cup attendees mirrors that found in Longines traditional consumers.”

“We are really proud to be the Official Partner and Timekeeper of the Breeders’ Cup World Championships, an event that matches perfectly our core values, namely tradition, performance and elegance,” said Juan-Carlos Capelli, Longines Vice-President and Head of International Marketing.