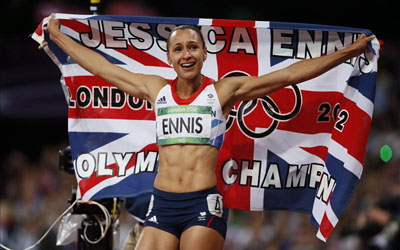 Peter Mather, BP’s Group Regional Vice President for UK/Europe said: “The UK has been the home of BP for over 100 years, and we are delighted to contribute to British life in many different ways.

“We are particularly pleased to support such strong organisations, with their unique values and amazing athletes, as they strive for great achievements over the next few years.”

The deal will see BP support British athletes through the Sochi 2014 Winter Olympic Games and the Rio de Janeiro 2015 Olympic Games, and Lord Coe, Chairman of the BOA said their understanding of athletes’ needs was a major bonus in the new deal.

“Through its continued support of the British Olympic Association, BP is making a critical difference to the athletes who will compete for Team GB at the Sochi 2014 and Rio 2016 Olympic Games,” said Coe.

“BP understands that success in the Olympic Games is the culmination of years of sacrifice and training, and as a proud partner of Team GB, BP is helping to ensure that British athletes have the resources and support they need to excel on the Olympic stage.”

Today’s announcement follows the news that BP has become an official partner of the 2014 Commonwealth Games in Glasgow.

Beyond the UK, BP has already agreed partnerships to the end of Rio 2016 with the local Olympic and Paralympic committees of the US, Azerbaijan, Turkey and Trinidad & Tobago and the local Paralympic Committees of Angola and Georgia.

Jessica Ennis-Hill (pictured), London 2012 Olympic gold medallist, said: “On behalf of the BP athletes, we are delighted that BP has decided to continue supporting us in our campaigns to reach Rio. BP’s help made a big difference in our preparations for London 2012.”

Tim Hollingsworth, CEO of the BPA, said: “Today’s announcement is fantastic news for us and our colleagues at the BOA. BP has been a committed supporter of ours for many years and we are very pleased that we will have their close involvement once again.

“We now have a growing family of partners who understand the value of the Paralympic movement in the UK and its potential to challenge perceptions of disability.

“With their backing, we will be doing everything we can to provide the very best support to our sports and athletes over the next winter and summer Games.”

BP was tier-one partner for the London 2012 Games, as well as Official Oil and Gas Partner, Sustainability Partner and the Official Carbon Offset Partner with Target Neutral and Premier Partner for the Cultural Olympiad and London 2012 Festival.