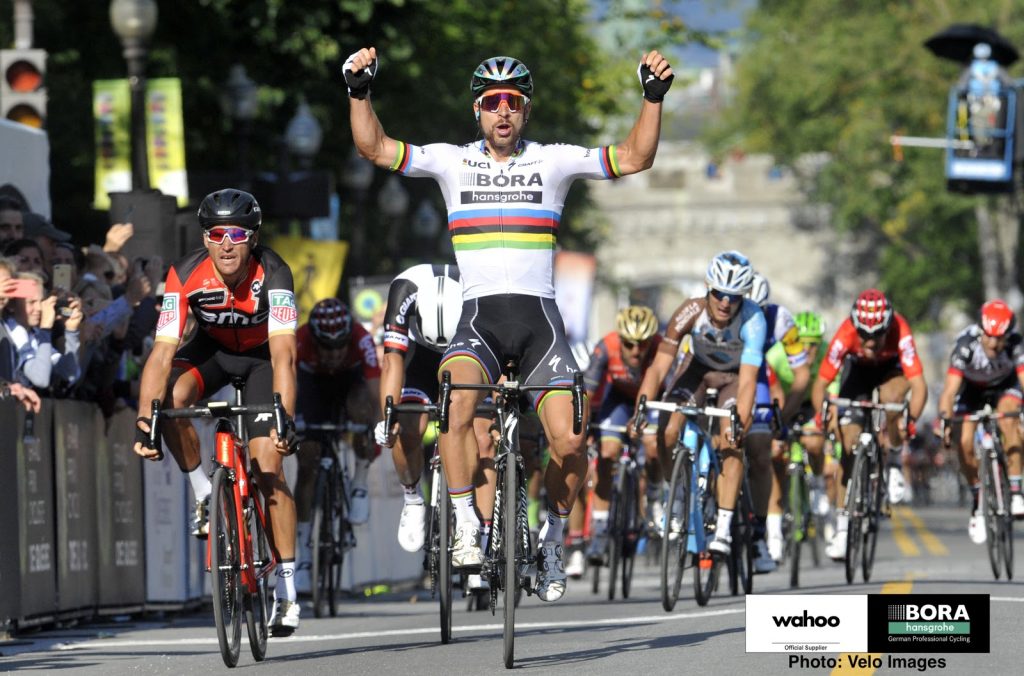 As part of the partnership, Wahoo’s product ecosystem will become an integral part of the team’s strategies and will include the use of the Elemnt Bolt and the Tickr Heart Rate Monitor for measuring critical effort.

Bora-hansgrohe team manager, Ralph Denk, said: “We entered this partnership because the Wahoo Bolt persuaded us with its technical features. It works perfectly for us in both training rides and races because it syncs easily with our training platform Web4Trainer. Besides that, the outstanding usability makes the handling really easy for our riders.”

Bora-hansgrohe captain, Peter Sagan, said: “I think the Wahoo bike computers stand out not only for the technology, performance, and features they offer but also for their cool design and user-friendliness. They are easy to use and can be fully-customised, and for me, this is very important.”

Chip Hawkins, Wahoo Fitness CEO, added: “It’s been a dream of mine to have a world tour-caliber team racing with Wahoo devices to measure and form their stage-winning efforts.

“It was with this goal in mind that we worked with industry leaders in aerodynamics to design the Bolt – with the sole intent of reducing drag and saving watts to help the fastest teams in the world like Bora-hansgrohe go even faster.”